Page One: Inside the New York Times and The Future of Journalism

Page One: Inside the New York Times and The Future of Journalism 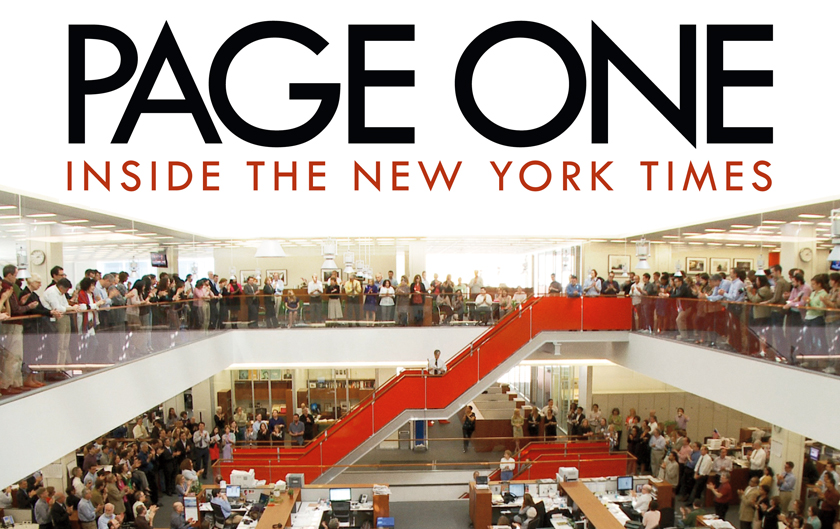 Inspired by the acclaimed documentary film that debuted at Sundance, leading journalists consider the future of news media amidst a maelstrom of digital change

The news media is in the middle of a revolution. Old certainties have been shoved aside by new entities such as WikiLeaks and Gawker, Politico and the Huffington Post. But where, in all this digital innovation, is the future of great journalism? Is there a difference between an opinion column and a blog, a reporter and a social networker? Who curates the news, or should it be streamed unimpeded by editorial influence?

Expanding on Andrew Rossi’s “riveting” film (Slate), David Folkenflik has convened some of the smartest media savants to talk about the present and the future of news. Behind all the debate is the presence of the New York Times, and the inside story of its attempt to navigate the new world, embracing the immediacy of the web without straying from a commitment to accurate reporting and analysis that provides the paper with its own definition of what it is there to showcase: all the news that’s fit to print.

David Folkenflik is NPR’s award-winning media correspondent based in New York City. His stories are broadcast on NPR’s newsmagazines and shows, including All Things Considered, Morning Edition , and Talk of the Nation. Before joining NPR in 2004, Folkenflik spent more than a decade at the Baltimore Sun, where he covered higher education, Congress, and the media. He started his career at the Durham (N.C.) Herald-Sun. In 1991, Folkenflik graduated with a bachelor’s degree in history from Cornell University, where he served as editor-in-chief of The Cornell Daily Sun. He has served as a media analyst on CNN’s Reliable Sources, ABC News’ Nightline, Fox News’ O’Reilly Factor, and MSNBC’s Countdown with Keith Olbermann. Folkenflik grew up in Laguna Beach, CA.