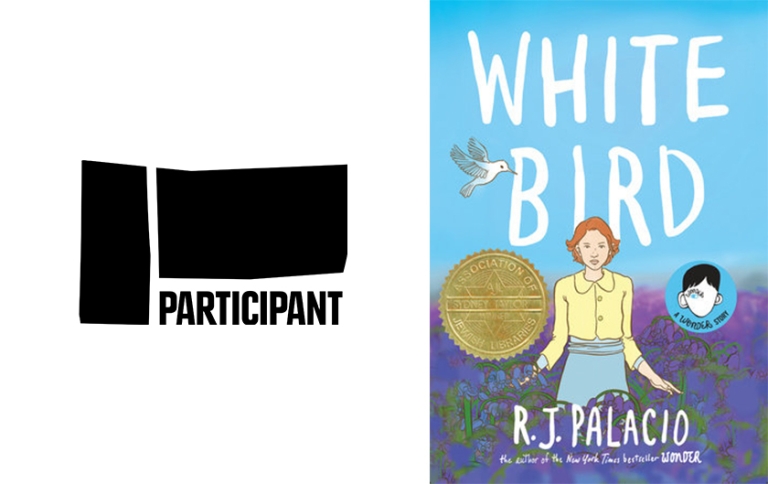 Participant, the leading media company dedicated to entertainment that inspires audiences to engage in positive social action, has come on board to co-finance Lionsgate’s White Bird: A Wonder Story, the Marc Forster-directed companion film to the 2017 hit movie Wonder, which Participant also co-financed and executive produced. White Bird: A Wonder Story is a Mandeville Films production in association with 2DUX2.
Participant’s Jeff Skoll and Robert Kessel have joined to executive produce White Bird: A Wonder Story. Alex Young is executive producing for Mandeville. Renée Wolfe, Forster's partner in 2DUX2, is also executive producing.
Marc Forster is directing the project, currently in production. The screenplay adaptation of R.J. Palacio’s book is by Mark Bomback (The Art of Racing in the Rain, War for the Planet of the Apes). Mandeville Films’ David Hoberman and Todd Lieberman, who produced Wonder, are also producing the new film, along with Palacio. The film stars Golden Globe winner Gillian Anderson, Oscar® winner Helen Mirren, Ariella Glaser, Orlando Schwerdt, and reprising his role from Wonder is Bryce Gheisar.
In 2017, as they teamed on the breakout hit release of Wonder, Participant partnered with Lionsgate and City of Kindness, along with local city mayors and community leaders on a nationwide grassroots program to build on the success of the #ChooseKind campaign — tied to the themes of the film in creating a lasting culture of kindness.Wonder, the film adaptation of Palacio’s book, was a global hit for the partners in 2017, taking in $305 million in worldwide box office. White Bird: A Wonder Story is published by Alfred A. Knopf. R.J. Palacio’s books have sold more than 15 million copies with editions published in 53 languages.
“Wonder is a shining example of what inspirational storytelling can achieve, and we are thrilled to partner again with our friends at Lionsgate and Mandeville Films, as well as RJ Palacio and Marc Forster. Compassion for each other is the first step in bridging divides and we look forward to continuing that legacy of kindness and understanding with White Bird: A Wonder Story,” said Participant CEO David Linde.
“Our collaboration on Wonder was unique and beneficial for both our companies. It was the perfect fit and an organic marriage of companies that was stronger than the sum of its parts and we are thrilled to be partnering with our friends at Participant once again on a remarkable film that celebrates the power of the connections between people,” said Nathan Kahane, President of Lionsgate’s Motion Picture Group.
For millions of readers and moviegoers, Wonder is the captivating, inspiring, and uplifting story of the power of kindness – how it can build bridges and change hearts. In White Bird: A Wonder Story, kindness even has the power to save lives, as Julian Albans, the bully who left Beecher Prep, is visited by his Grandmère from Paris and is transformed by her remarkable story of compassion and courage. As a girl in Nazi-occupied France, the young Grandmère goes into hiding with the help of a schoolmate, a young man who risks everything to give her the chance to survive. Together, they find beauty and love in the secret world of their own creation. From Marc Forster (director of Finding Neverland and Christopher Robin) and based on R.J. Palacio’s book, White Bird, like Wonder before it, is an emotional story about the ways that even in the most harrowing circumstances, empathy for others can make every difference in the world.
The deal was negotiated on behalf of Participant by Jeannine Tang, General Counsel. John Biondo negotiated the deal for Lionsgate.
Read more here.