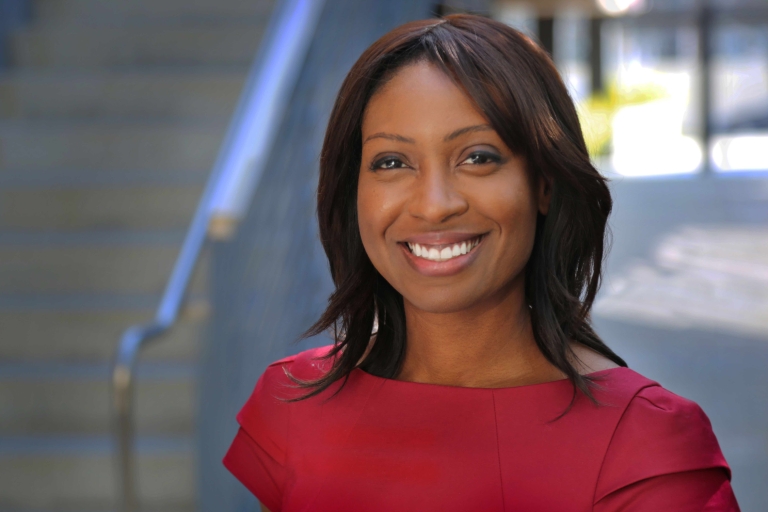 LOS ANGELES – November 16, 2022 – Participant, the leading media company dedicated to entertainment that stands at the intersection of art and activism, today announced the formation of its People and Culture department and the promotion of Danice Woodley to Executive Vice President of the department. Woodley, who will report to Chief Operating Officer Gabriel Brakin, and her team will oversee the company’s ongoing efforts to build and sustain a collaborative and inclusive company by investing in and operationalizing values, culture and inclusion. The new department merges the former Human Resources and Culture and Values departments and will support the experience and development of Participant employees.

Brakin said, “Our commitment to diversity, belonging and inclusion is a fundamental part of our work at Participant, and it extends to every part of the company. The new People and Culture team, under Danice’s exceptional leadership, will ensure we always take a people-first approach and affirm the values that guide our work, operations, and partnerships.”

Woodley added, “Participant is an excellent company to work for, with an unflagging commitment to impact and equity as central to our work and a genuine, core tenet of our mission and purpose. With the creation of this new department, we will powerfully reaffirm this commitment to our core principles, as we build a team that empowers and supports a diverse, inclusive, equitable workforce that continues to produce some of the most successful, impactful, and inspiring content in the industry today.”

“Danice’s commitment to this vital work has been a driving inspiration for everyone at Participant, from the people who work at the company to our partners in both storytelling and impact campaigning,” said David Linde, Participant CEO. “It’s a joy to see her assume this new role and tremendously exciting for everyone at the company to continue to work and grow with her and the team.”

Woodley, now in her eighth year with Participant, served most recently as SVP of Organizational Culture and Inclusion. In that role she stewarded the company’s DBIE (diversity, belonging, inclusion and equity) initiatives across functions including strategic business planning, recruiting and retention, compliance, communications, external relations and partnerships, events and sponsorships, global diversity and inclusion, and vendor diversity. Woodley previously served as Participant’s SVP of Business & Legal Affairs, acting as lead attorney on all matters of film distribution and acquisition. A Harvard Law School alum, she began her career as a corporate finance attorney before taking roles in the legal departments of NBCUniversal and Miramax, and she is a Member of the Executives Branch of the Academy of Motion Picture Arts and Sciences.

Participant’s upcoming feature releases include All the Beauty and the Bloodshed (NEON, HBO Documentary Films), winner of the Venice Golden Lion for Best Film; Shirley (Netflix); BLKNWS (A24); Out of My Mind (Disney +); Lowndes County and the Road to Black Power (Greenwich, Peacock); and White Bird: A Wonder Story (Lionsgate). Coming up in the episodic space is the original series Interior Chinatown (Hulu), based on Charles Yu’s National Book Award-winning book and executive produced by Taika Waititi; and a limited series based on the landmark civil rights movement sparked by the murder of Vincent Chin, executive produced by Chloé Zhao and written and directed by Kogonada.

About Participant
Founded in 2004 by Chairman Jeff Skoll and under the leadership of CEO David Linde, Participant (www.participant.com) is the leading global media company dedicated to content that unites art and activism to create positive change. Participant’s films have earned 85 Academy Award® nominations, including 2022’s historic triple nomination for FLEE, and 21 wins, including Best Picture for Spotlight and Green Book; Best Documentary Feature for An Inconvenient Truth, CITIZENFOUR, The Cove and American Factory; and Best Foreign Language Film for Roma and A Fantastic Woman. Participant also has earned 44 Emmy® Award nominations and 11 wins, including two wins for the groundbreaking When They See Us.