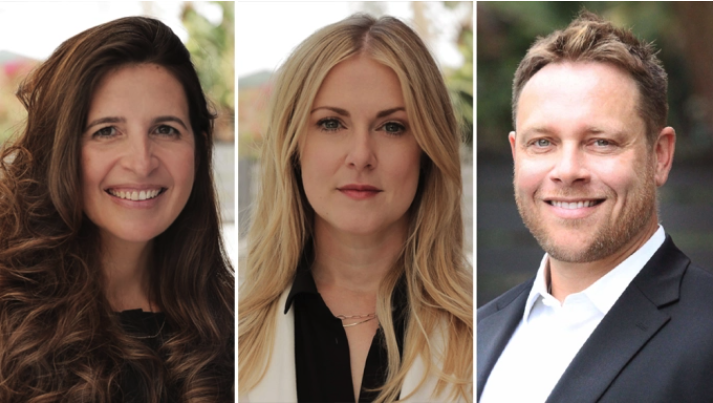 LOS ANGELES – September 7, 2022 – Participant, the leading media company dedicated to entertainment that harnesses the collective power of art and activism, announced the following trio of promotions today: Elizabeth Haggard has been promoted to the role of SVP of Narrative Film; Nicole Starr has been named to the newly created position of SVP of Content Representation and Impact; and Rob Williams has been named Senior Vice President, Global Sales. Haggard will continue to report to EVPs of Narrative Film Anikah McLaren and Robert Kessel, Starr will report to CEO David Linde, and Williams will continue to report to EVP Content Strategy & Sales Liesl Copland.

As SVP of Narrative Film, Haggard will have greater oversight of the day-to-day development and production of the company’s film slate. In her newly formed role, Starr will engage throughout the content development process in support of Participant’s narrative, documentary, and episodic content alignment with the company’s impact priorities; and how the content authentically reflects the world around us. Williams will continue to oversee the day-to-day operations of Participant’s global sales apparatus, working with partners and buyers across all stages of a project from development to a finished film and or series ready for distribution.

Participant CEO David Linde said, “Elizabeth, Nicole and Rob are seasoned executives who have proven themselves indispensable in three crucial areas of the business. We are eager for them to continue to support Participant’s mission of creating entertaining content that accelerates positive social change by reaching and connecting broad audiences around the world.”

Haggard was promoted from her role as Participant’s VP of Narrative Film. She is currently producing Shirley, a biopic about Shirley Chisholm, starring Academy Award® winner Regina King and written and directed by fellow Academy Award winner John Ridley, for Netflix; and overseeing several projects in development. Prior to joining Participant, Haggard oversaw the development and production of film and TV for Ramona Films, producing such projects as Janicza Bravo’s critically acclaimed Zola, after starting her career at Universal Pictures.

Starr, a Participant veteran of nearly a decade, previously served as the company’s VP of Social Impact, overseeing the development and execution of social impact and culture change campaigns. She has deployed campaigns around such films as Academy Award winner Judas and the Black Messiah, American Utopia, RBG, and An Inconvenient Sequel: Truth To Power. She led an impact campaign around Roma, winner of three Academy Awards from ten nominations, which helped shift the narrative around domestic workers and inspire the cultural conditions for policy change in the US and Mexico. Previously, Starr spent six years at 20th Century Fox Home Entertainment, building corporate partnerships around film and TV properties such as Avatar, Life of Pi and Glee. She is a founding member of Storyline Partners, an organization working in writers’ rooms to create authentic portrayals of underrepresented or misrepresented communities in pop culture.

Williams joined Participant in 2014 to develop distributor strategies for Participant films, including building international partnerships with sellers and distributors around the world. He has worked on the global sales and distribution campaigns of Participant films and series including All the Beauty and the Bloodshed, American Factory, Descendant, Dark Waters, City So Real, RBG and Roma. Williams has executive expertise in programming, studio and independent domestic and international sales, as well as acquisitions and distribution. He previously served as Vice President, Acquisitions & Distribution for Lantica / Indomina Media and Liberation Entertainment. Prior to this, Williams was Acquisitions and Distribution Executive for Netflix / Red Envelope Entertainment and Director of Acquisitions for Wellspring Media. Wlliams currently serves on the board of IFTA, the Independent Film and Television Alliance.

Participant’s growing television slate includes such acclaimed series as award-winning filmmaker Rachel Dretzin’s Keep Sweet: Pray and Obey (Netflix); America to Me, the 10-part docuseries from award-winning filmmaker Steve James (Starz), as well as his follow-up series City So Real on National Geographic; sci-fi drama series Noughts + Crosses (BBC and Peacock); and Ava DuVernay’s Emmy®-winning When They See Us (Netflix). Coming up is the original series Interior Chinatown, based on Charles Yu’s National Book Award-winning book, in development at Hulu; and a limited series based on the landmark civil rights movement sparked by the murder of Vincent Chin, executive produced by Chloé Zhao and written and directed by Kogonada.

About Participant
Founded by Chairman Jeff Skoll and under the leadership of CEO David Linde, Participant (www.participant.com) combines the power of a good story well told with real world impact and awareness around today’s most vital issues. Through its worldwide network of traditional and digital distribution, aligned with partnerships with key non-profit and NGO organizations, Participant speaks directly to the rise of today’s “conscious consumer,” representing the well over 2 billion consumers compelled to make meaningful content a priority focus.   As an industry content leader, Participant annually produces up to six narrative feature films, six documentary films, three episodic television series, and more than 20 hours of digital short form programming. Participant’s more than 100 films have collectively earned 85 Academy Award® nominations and 21 wins, including Best Picture for Spotlight and Green Book; Best Documentary Feature for An Inconvenient Truth, CITIZENFOUR, The Cove and American Factory; and Best Foreign Language Film for Roma and A Fantastic Woman. Participant also has earned 44 EMMY® Award nominations and 11 wins, including two wins for the groundbreaking When They See Us. Follow Participant on Twitter (@Participant) and on Facebook and Instagram.