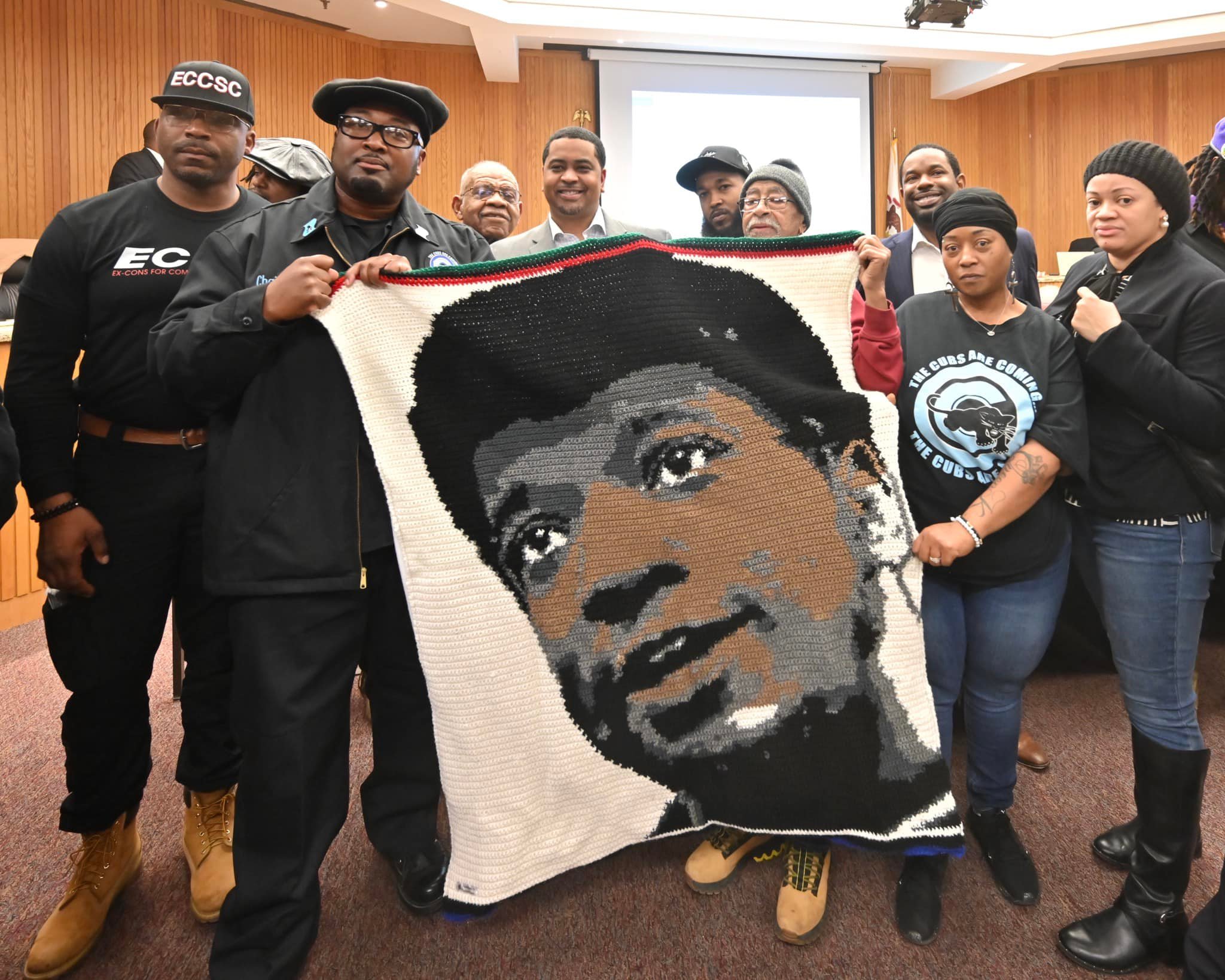 The Hampton House, located in Maywood, Illinois, is the childhood home of the late Illinois Chapter of the Black Panther Party Chairman Fred Hampton Sr. and will serve as a community center

LOS ANGELES, CA (April 20, 2022) – The Save The Hampton House initiative, an effort led by the late Chairman Fred Hampton’s son, Chairman Fred Hampton Jr., and his mother, Akua Njeri, announced today that the application for the Hampton House to be formally recognized as a historical landmark has officially been approved by the Maywood Village Board. The application was submitted in partnership with Preservation Chicago and Participant, the leading media company dedicated to entertainment that stands at the intersection of art and activism, as part of the yearlong impact campaign tied to the multiple Academy Award-winning film, Judas and the Black Messiah.

The unanimous decision came from the Maywood Village Board meeting held on Tuesday, April 19. The Hampton House, Chairman’s childhood home, is located in Maywood, Illinois. Work is in progress to preserve the property and transform it into a historic site where the works of the Black Panther Party can be displayed and made available for visitors. Along with many supporters, Chairman Fred Hampton’s family called for the Maywood Village Board to turn Chairman Hampton’s childhood home into a historic landmark and community center where visitors can learn about the legacy of the Black Panther Party and inspire future leaders in the movement.

”The fight to save and maintain the Hampton House is bigger than a building and more significant than a structure,” said Chairman Fred Hampton Jr. “Amongst other purposes, it serves as a major aspect of preserving the extraordinary legacy of Chairman Fred Hampton, the Black Panther Party, and that of service to the people in general. Though Maywood, Illinois may be small geographically speaking, the Hampton House furthers this momentum with Maywood representing monumental size in the minds and hearts of people throughout the world.”

Under Chairman’s leadership, the Black Panther Party launched the Free Breakfast Program and a re-education program for Chicago children. Chairman Fred also created the Rainbow Coalition—joining forces with other oppressed peoples in the city to fight for equality and political empowerment.

“The Hampton House is an integral part of Maywood’s history. Fred Hampton moved to 804 South 17th Avenue when he was only ten years old, and many formative experiences that laid the groundwork for Chairman Fred Hampton’s extraordinary political activism and leadership took place while he was living in this house,” writes Representative Bobby Rush in his letter of support.

Inspired by true events, Judas and the Black Messiah tells the story of Chairman Fred Hampton’s rise within the ranks of the Illinois chapter of the Black Panther Party, and its subsequent infiltration by FBI informant William O’Neal. Using the popularity of the film as an entry point to the conversation, the impact campaign helped craft a foundation for re-education to support and uplift the Save the Hampton House initiative and other grassroots partners. The campaign created a digital effort to drive awareness and support around the Hampton House petition, which received over 5,000 signatures from local Chicago and Maywood residents.

“At Participant, we believe a good story well told can drive real, impactful change. It has been an honor to have worked so closely with the Hampton family to amplify the true legacy of Chairman Hampton and the Black Panther Party,” said David Linde, CEO of Participant. “We are very proud of our team for working tirelessly on this mission.”

About Judas and the Black Messiah
Inspired by true events, Judas and The Black Messiah—directed by Shaka King released on February 12, 2021 —tells the story of Chairman Fred Hampton’s rise within the ranks of the Illinois chapter of the Black Panther Party, and its subsequent infiltration by FBI informant William O’Neal. Judas and the Black Messiah was produced by Ryan Coogler and MACRO’s Charles D. King. Chairman Fred Hampton is played by Academy Award® winner Daniel Kaluuya and joined by Academy Award® nominee Lakeith Stanfield as William O’Neal.

About Hampton House Save
The Hampton House is an effort by those working relentlessly to protect the legacy of The Black Panther Party and Chairman Fred Hampton. The house is located in Maywood, Illionois where Chairman grew up. Work is in progress to preserve the property and transform it into a historic site where the works of The Black Panther Party can be displayed and made available for visitors.

About Participant
Founded by Chairman Jeff Skoll and under the leadership of CEO David Linde, Participant (www.participant.com) combines the power of a good story well told with real world impact and awareness around today’s most vital issues. Through its worldwide network of traditional and digital distribution, aligned with partnerships with key non-profit and NGO organizations, Participant speaks directly to the rise of today’s “conscious consumer,” representing the well over 2 billion consumers compelled to make meaningful content a priority focus.

As an industry content leader, Participant annually produces up to six narrative feature films, six documentary films, three episodic television series, and more than 20 hours of digital short form programming. Participant’s more than 100 films have collectively earned 85 Academy Award® nominations and 21 wins, including Best Picture for Spotlight and Green Book; Best Documentary Feature for An Inconvenient Truth, CITIZENFOUR, The Cove and American Factory; and Best Foreign Language Film for Roma and A Fantastic Woman. Participant also has earned 44 Emmy® Award nominations and 11 wins, including two wins for the groundbreaking When They See Us. Follow Participant on Twitter and on Facebook and Instagram.