‘City So Real’ Is an Election Story Pulsing With Life

‘City So Real’ Is an Election Story Pulsing With Life 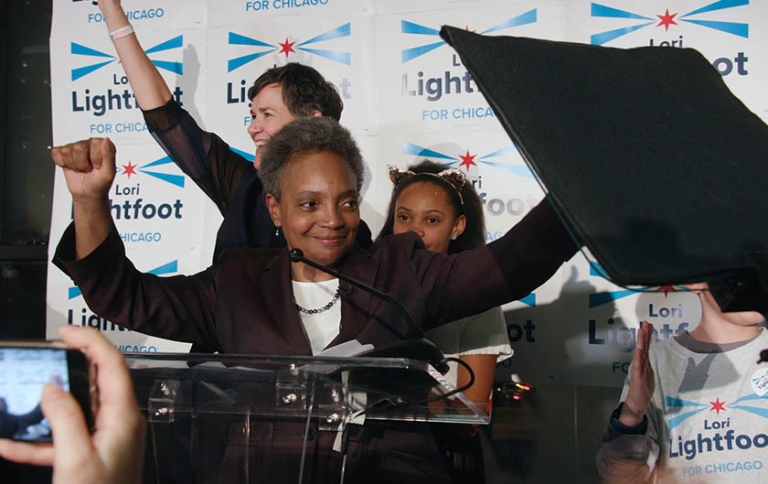 Midway through the documentary “City So Real,” Christie Hefner, the former chief executive of Playboy, hosts a “salon dinner” for some Chicago luminaries. With a stunning high-rise view as a backdrop, they talk about their town’s future: whether it will become a gleaming “global city” or descend into “chaos.”

Susan Richardson, the former publisher of the Chicago Reporter, a monthly focused on poverty and race, argues that it’s a false dichotomy to frame the city’s future as a choice between its wealthier and poorer residents. “I don’t think our city leaders see the connection between ‘OK, I’m going to make a deal with Deutsche Bank,’” she says, “and the woman who’s working in the braiding shop.”

Making that connection is, in a way, the mission statement of “City So Real,” a sweeping, radically curious five-part series from Steve James (of “Hoop Dreams” and “America to Me”). Often, we see political issues discussed from the vantage of that salon dinner — an elevated, aerial view of the city. But James, in the story of a crucial election and its aftermath, captures Chicago from every angle, from the penthouses to the cracked sidewalks, City Hall to the nail salons.

The result airs as a one-night special Thursday on National Geographic, amid an election in which cities have risen up in protest, struggled with a pandemic and been demonized by the Trump administration as “anarchist jurisdictions.” Chicago in particular has been caricatured as a lawless disaster zone by conservative politicians, including the current president. Read More.