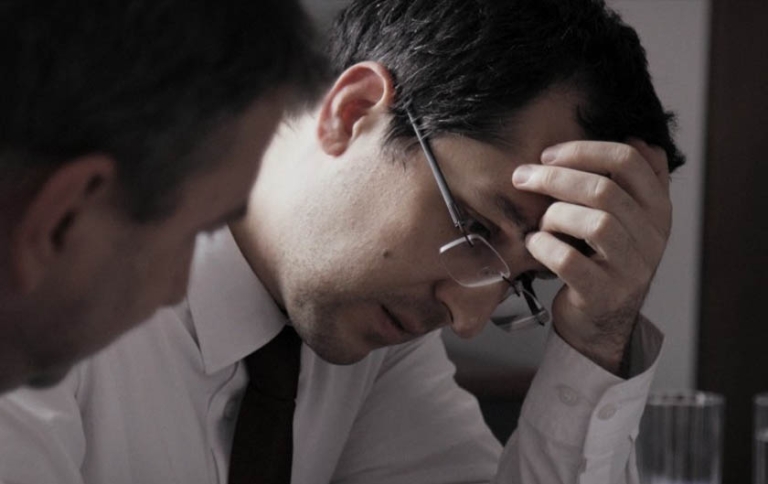 On Oct. 30, 2015, a deadly fire swept through a Bucharest nightclub called Colectiv, killing 27 people at the scene and spurring furious protests over lax safety measures. For those who took to the streets, the tragedy was the latest evidence of the hopeless incompetence and corruption of Romania’s Social Democratic leadership, which soon collapsed and was temporarily replaced by a technocratic government.

But the full extent of that incompetence and corruption had yet to reveal itself: In the four months after the fire, another 37 Colectiv burn patients died in local hospitals, many due to bacterial infections left unchecked by disinfectants that were later found to be defective — a revelation that compounded a nation’s anguish with fresh waves of shock and outrage.

The contours of that tragedy and many others are laid devastatingly bare in “Collective,” an extraordinary new documentary from Romanian director Alexander Nanau (“Toto and His Sisters”). Suspenseful and gripping, despairing and deeply human, the movie first screened at the Venice and Toronto film festivals last fall, though its virtual release this week feels particularly well timed. A year ago, “Collective” played like a nonfiction genre piece, a journalistic thriller by way of a political procedural. Seen now, during the gravest world health crisis in more than a century, Nanau’s exposé of medical malpractice and pharmaceutical corruption feels like a grim warning, a prequel to a real-life horror movie still very much in the making.

If the COVID-19 pandemic has served as a metaphorical blacklight, exposing socioeconomic disparities and emergency-response weaknesses in nations around the globe, then Colectiv focused its own penetrating laser beam on the appalling failures of Romania’s healthcare system. The fire is briefly evoked at the outset with a harrowing blur of footage: a wall of flames accompanied by a wall of screams. But the tragedy played out long after that terrible night: Nanau shows us the grief-stricken relatives of those who died in the hospital, demanding to know why their loved ones had succumbed, in some cases, to relatively minor wounds. Read More.