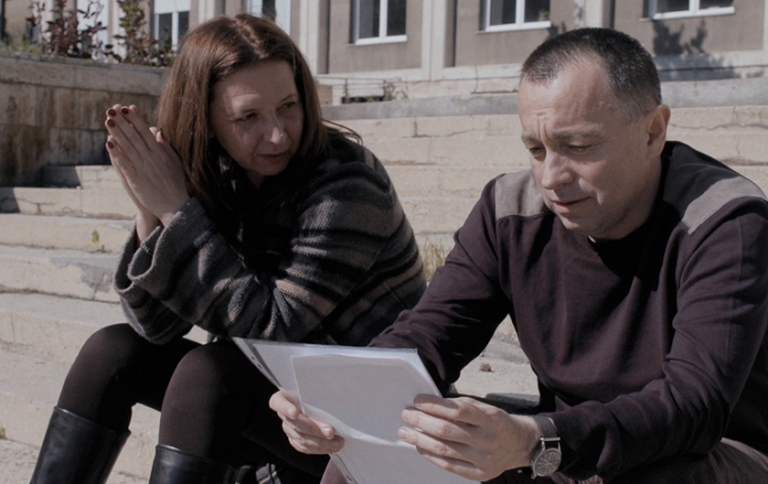 NEW YORK, NY (October 3, 2019)– Participant and Magnolia Pictures announced today that they have acquired North American rights to COLLECTIVE,an explosive new documentary that follows, with incredible access, an investigation of corruption in the wake of a devastating nightclub fire that leads from the Romanian medical industry to the top of their government. Directed by Alexander Nanau (TOTO AND HIS SISTERS), COLLECTIVE recently world-premiered in Venice and had its North American premiere at the Toronto International Film Festival, where it received critical and audience acclaim.  Magnolia and Participant are eyeing a spring 2020 theatrical release.

In 2015, a fire at the Bucharest club Colectiv leaves 27 dead and 180 injured. Soon, more burn victims begin dying in hospitals from wounds that were not life-threatening. Then, a doctor blows the whistle to a team of investigative journalists. One revelation leads to another as the journalists start to uncover a vast health care fraud. When a new health minister is appointed, he offers unprecedented access to his efforts to reform the corrupt system but also to the obstacles he faces. Following journalists, whistle-blowers, burn victims, and government officials, COLLECTIVE is an uncompromising look at the impact of investigative journalism at its best.

“COLLECTIVE is an amazing achievement in investigative filmmaking,” said Magnolia President Eamonn Bowles. “Alexander Nanau takes us down a wild rabbit hole filled with improbable heroes and institutional villains that should serve as a dire warning to everyone who believes in a civilized society.”

“We are incredibly proud of a legacy of films about investigative journalists who expose corruption and injustice —from SPOTLIGHT and THE POST, to CITZENFOUR and PAGE ONE: INSIDE THE NEW YORK TIMES,” said Diane Weyermann, Participant Chief Content Officer, “and we are thrilled to be working with our friends at Magnolia on Alexander Nanau’s absolutely extraordinary COLLECTIVE.”

“With Magnolia and Participant, I am confident that COLLECTIVE will find a wide audience in North America,” said Alexander Nanau. “I believe in the power of cinema, and hope to contribute with COLLECTIVEto a better understanding of the forces that shape our lives in today's crumbling democracies. I feel honoured to go on this journey with the best in the field."

Participant and Magnolia have successfully partnered on a number of vital and topical documentaries. Their most recent colloboration, Academy Award® nominee for Best Documentary, RBG, became a social media and box office sensation, grossing more than $15 million worldwide. The two companies also worked together on Oscar®-nominated documentary FOOD, INC., which galvanized an entire country around the issue of good food. Magnolia will also release Participant’s SLAY THE DRAGON in 2020.

The deal was negotiated by Magnolia EVP Dori Begley and Magnolia SVP of Acquisitions John Von Thaden with Cinetic Media and Cinephilon behalf of the filmmakers, as well as Danice Woodley, SVP of Business and Legal Affairs of Participant.