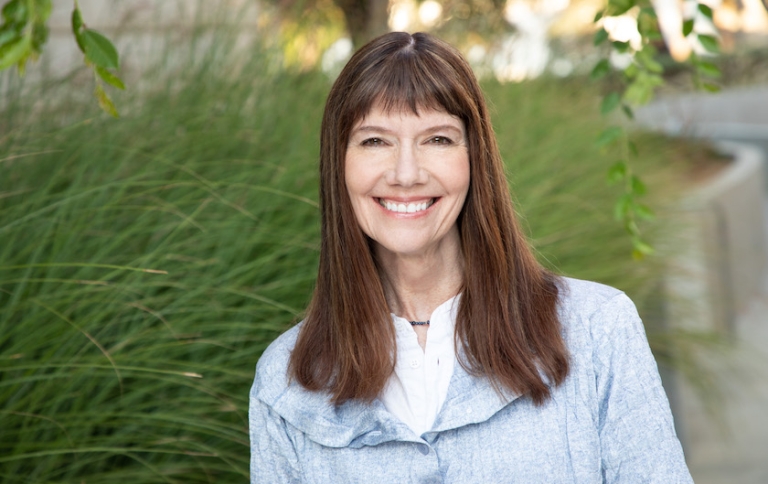 TORONTO – Sept. 5, 2019 –In recognition of an unparalleled career at Participant Media that spans the last 14 years, the company is proud to announce that it has promoted Diane Weyermann to Chief Content Officer. In this newly created position, Weyermann, who previously served as President of Documentary Film and Television and whose work with the company has helped define Participant since its founding by Jeff Skoll in 2004, will work to shape and develop Participant’s future slate of film and television content in close partnership with company CEO David Linde, who made the announcement today.

In her new role, Weyermann will continue to focus on documentary film and television, alongside department Senior Vice Presidents, Elise Pearlstein (Film) and Miura Kite (TV), while collaborating with Linde and the company’s newly announced heads of narrative film, Robert Kessel and Anikah McLaren, on future narrative content. The news is part of a top tier restructuring of Participant’s creative department following the departure of former President of Narrative Film and Television, Jonathan King.

“Diane has uniquely helped fulfill Participant’s mission over the last 15 years,” said Skoll. “The only thing that surpasses Diane’s unassailable integrity is her extraordinary judgement on stories that matter. Her creative partnership, her unparalleled work ethic, her mentorship of others, her deep relationships with the filmmaking community – the list of talents goes on and on. We’re delighted to celebrate Diane’s new role in recognition of all her accomplishments, and what is to come.”

Linde commented on the news, saying: “No one else at this company has been such a pillar for achieving Jeff’s vision from the very beginning than Diane. Her work in documentary filmmaking – from An Inconvenient Truth, CITIZENFOURand Food, Inc.to America to Me, American Factoryand Slay the Dragon– has not only shaped the DNA of this company, but also changed the very landscape of the documentary industry as a whole, redefining its potential for art and impact. I couldn’t be more thrilled to recognize Diane in this way and am excited to work alongside her in continuing to create lasting impact through storytelling.”

Weyermann said: “Since 2005, I’ve been proud to call Participant my home and have had the great fortune to collaborate with seminal storytellers, whose powerful films have inspired audiences around the world. I am incredibly thankful to Jeff, for his vision and extraordinary commitment throughout these many years; to David, for his insightful leadership and partnership; and I look forward to their continued support in this exciting new role.”

“I've known and admired Diane for many years, but it wasn't until we first worked together on America to Me, that I got to witness first-hand what an amazing collaborator she is,” said Academy Award®-nominated filmmaker Steve James. “She has a remarkable ability to grasp the essence of what a filmmaker is trying to achieve and bring her formidable insight and guidance to help you get there. There would be no America To Mewithout Diane and Participant – and I know I’m not the only filmmaker who would say the same thing about their films and working with Diane.”

Since joining Participant in 2005, Weyermann has been responsible for the company’s documentary feature film and television slate. Participant’s most recent documentary projects include Steven Bognar and Julia Reichert’s American Factory, Mark Johnson Harris and Deborah Oppenheimer’s Foster, Viktor Kossakovsky’s Aquarela, Steve James’America to Me, Derek Doneen’s The Price of Free, Ai Weiwei’s Human Flow, Rachel Dretzin’s Far From the Treeand Bonni Cohen and Jon Shenk’s An Inconvenient Sequel: Truth to Power. Previous releases include Oscar®-winning CITIZENFOUR, Oscar®-winningAn Inconvenient Truth, Oscar®-nominated RBG, Oscar®-nominatedThe Look of Silence, Oscar®-nominated and Emmy®-winningFood, Inc., Emmy®-nominated The Great Invisible, as well as Page One: Inside the New York Times, The Music of Strangers: Yo-Yo Ma and the Silk Road Ensemble, He Named Me Malala, Merchants of Doubt, A Place at the Table, Waiting for “Superman,”Countdown to Zero, Standard Operating Procedure, Jimmy Carter from Plainsand Darfur Now.

Prior to joining Participant in 2005, Weyermann was the director of the Sundance Institute’s Documentary Film Program. During her tenure at Sundance, she was responsible for the Sundance Documentary Fund, a program supporting documentary films dealing with contemporary human rights, social justice, civil liberties, and freedom of expression from around the world. She launched two annual documentary film labs, focusing on the creative process – one dealing with editing and storytelling, and the other with music. Weyermann’s work in the documentary field extends many years prior to Sundance.