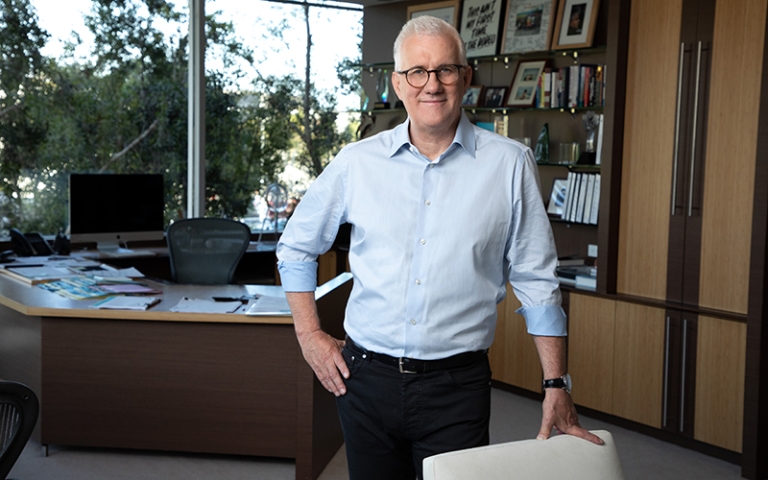 Since joining Participant as CEO in late 2015, Linde has spearheaded the company’s realignment around its core content and social impact imperatives and further positioned the company as a forerunner of impact media, the category founder Jeff Skoll first conceptualized and began shaping since the company’s creation in 2004.

“David has done an exceptional job taking Participant to new heights the last four years,” Skoll said. “He possesses a rare combination of entertainment industry acumen, keen artistic sensibility, and a true passion to make a difference in the world through storytelling. I am grateful for his dedicated partnership and thrilled to be working with David for many years to come.”

During his tenure, Linde has overseen a content slate that has won 10 Oscars®, including two Best Picture Awards (for Green Book and Spotlight) and two Best Foreign Language Film Awards (Roma and A Fantastic Woman); rebuilt Participant’s global distribution structure across all platforms; restructured its approach to social impact with the hiring of Chief Impact Officer Holly Gordon; and expanded the company’s content approach to include episodic television series and digital short form video through the acquisition of SoulPancake.

“Since joining Participant, I’ve had the amazing opportunity of working with some of the most inspiring artists, thought-leaders, change-makers and professionals in our — or any — industry, all unified toward achieving a common goal: to create real-world change through the power of storytelling,” Linde said. “I’m incredibly grateful to Jeff’s passion and commitment and to his continued trust in me in helping carry out his vision of lasting impact.”

In the past year, Participant released a slate of films under the leadership of Diane Weyermann, who was recently elevated to the newly created position of Chief Content Officer for Participant, and Jonathan King, the former President of Narrative Film and TV for the company, which collectively grossed more than $388 million at the worldwide box office, in addition to several titles that premiered to great success on streaming platforms. Last year, Participant earned a company-best 17 Academy Award® nominations for Roma, Green Book and RBG, collectively, which resulted in six wins. The company’s expansion into long-form television programming was highlighted by the release of its first docuseries, Steve James’ acclaimed America to Me, followed by Ava DuVernay’s limited drama series, When They See Us, which received a record-setting 16 Primetime Emmy Award® nominations.

The company’s mandate of inspiring and accelerating social change in lock-step with high quality content has also been redesigned with a focus on building collaborative, longer term campaigns that incorporate the artist along with the company’s distributors and impact partners. Recent highlights from the company’s impact campaigns include:

Linde currently serves on the Board of Governors of the Academy of Motion Picture Arts and Sciences and sits on the Board of Directors of Film Independent. Linde has been recognized for numerous awards, including The Will Rogers Motion Picture Pioneer of the Year, General Electric’s Chairman Award for Performance Turnaround, the Anti-Defamation League’s Distinguished Entertainment Industry Award, and Variety’s 2018 EmPOWerment Award. Linde has also been tapped to receive this year’s Bingham Ray Spirit Award at ShowEast, as well as FilmAid’s Richard C. Holbrooke Memorial Award for Dedication to Humanitarian Service.