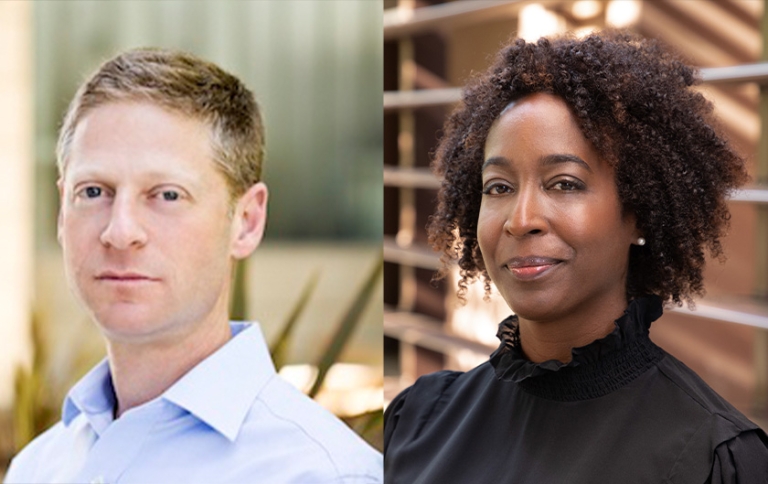 LOS ANGELES – Aug. 22, 2019 –Participant Media, the leading media company dedicated to entertainment that inspires audiences to engage in positive social action, has named Anikah McLaren and Robert Kessel as co-heads of the Company’s award-winning narrative film department with the titles of Executive Vice President, Narrative Film. Both executives will report together to Participant CEO David Linde, who made the announcement today.

Kessel, who has been with Participant since 2013, is being promoted from his current post of SVP, Narrative Film. McLaren, a seasoned executive who has spent her career in both independent film and within the major studio system, joins Participant having most recently served as a production executive for Fox Searchlight Pictures.

Linde commented on the news, saying: “I couldn’t be more excited to have Anikah and Robert running our narrative department during this exciting time for Participant. Robert has proven himself time and again to be an invaluable part of the company, and Anikah brings with her experience and passion we’d be hard pressed to find anywhere else. Together, they are the perfect team to lead this dynamic team in creating entertaining, socially impactful content for audiences to enjoy around the world.”

“Participant is the gold standard for entertaining and impactful filmmaking, and I am thrilled to be joining this incredible group of innovative and passionate executives in continuing that legacy,” McLaren said.

Kessel commented: “For the past seven years, I have had the pleasure of working with incredibly talented filmmakers and colleagues, with whom I look forward to continue to work alongside in championing compelling storytelling with the potential for effecting lasting change.”

McLaren most recently served as Senior Vice President of Production at Fox Searchlight Pictures, where she oversaw last year’s The Old Man and the Gun, as well as development on an eclectic group of projects, including a feature film about iconic choreographer, Alvin Ailey, to be directed by Barry Jenkins. Prior to Fox Searchlight, McLaren was a production executive at Universal Pictures, where she worked on a wide variety of films, including Scott Pilgrim vs. the World, The Bourne Legacy, The Best Man Holidayand Lone Survivor. McLaren also held positions at Focus Features and Miramax Films.

Since joining Participant in 2013, Kessel has been integral in the development of the company’s most commercially successful films to date —Wonderand Green Book— as an executive producer on the former and overseen production on both. In addition to those films, Kessel also oversaw production on such Participant films as Spotlight, Deepwater Horizon, Beasts of No Nationand A Most Violent Year. Currently, he is serving as executive producer on the upcoming Todd Haynes film, Dark Waters, starring Mark Ruffalo and Anne Hathaway. Prior to Participant, Kessel held executive posts at Matt Tolmach Productions, Overture Films, Hart Sharp Entertainment and Miramax Films.