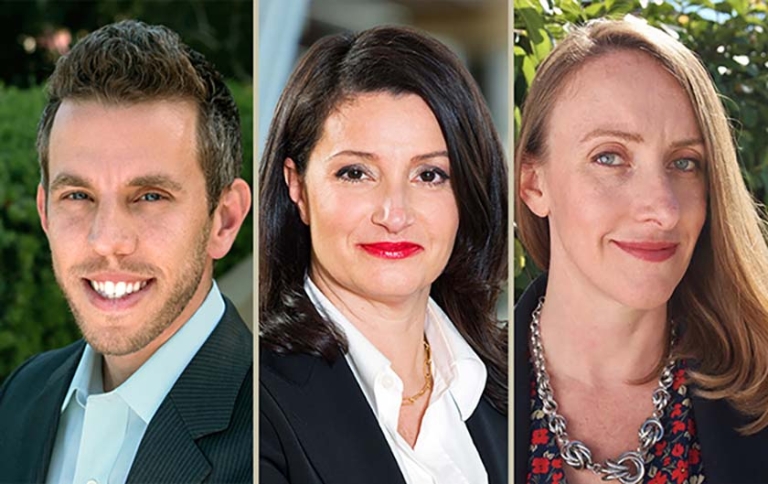 LOS ANGELES, CA (January 25, 2019) – Participant Media, the leading media company which has had a monumental year with such acclaimed, award-winning content as Roma, RBG, Green Book and America to Me, today announced three key executive promotions across departments, including Christina Kounelias, who has been elevated to President of Worldwide Marketing; Krista Wegener, who will continue to lead Sales and Distribution for Participant as Executive Vice President; and Gabriel Brakin, who now will serve as the company’s Chief Operating Officer. All three executives will continue to report to Participant CEO David Linde.

In his new role, Brakin, who previously served as General Counsel and Executive Vice President of Business Affairs, will oversee company-wide business operations, deal-making, as well as corporate and legal affairs for Participant’s overall long-term strategic plan. He will also be responsible for driving the overall integration and functionality of Participant’s long-term strategy as it relates to the company’s overall mission and dedication to entertainment that engages and inspires audiences toward positive social action. Both Wegener and Kounelias will continue to work cross-departmentally in managing efforts related to their respective departments. Kounelias also will oversee efforts in the company’s brand management and development.

Linde said: “I am thrilled by this well-deserved, long-overdue recognition of the hard work and dedication shown by this incredibly talented trio. Gabe’s experience and growth with the company has resulted in some of our most important successes, and he will continue to be an incomparable asset as we look to new and exciting ways to expand our social impact work. Christina, meanwhile, has proven time and again her value and expertise in progressing what this company can accomplish, as well as her work with our various partners to help leverage our brand and content with a worldwide audience. And with her broad network of top-tier contacts in global sales and distribution, Krista will continue to be an even more instrumental component to the growth and success of the company.”

Working in lockstep, Participant’s social impact group, led by Holly Gordon, in addition to the work done for the aforementioned films, launched in the fall a nationwide 10-city impact campaign tied to the release of America to Me, focusing on issues of racial disparity, education and equity that inspired more than 1,200 confirmed watch groups with over 14,000 participants across 34 states. Meanwhile, The Price of Free, the Sundance award-winning documentary featuring Nobel Peace Laureate Kailash Satyarthi, has generated to date more than 6.5 million views on SoulPancake’s YouTube channel with more than 1.4 million letters sent by consumers to the top 100 U.S. retailers urging them to strengthen their policies and practices to end child labor. Continuing into 2019, Participant just announced a national campaign around the film On the Basis of Sex, promoting workplace equality and gender equity.

Wegener said: “It is an absolute privilege to work on film and television projects that are both excellent and meaningful. I am truly grateful for the opportunity to continue collaborating with all of my colleagues at Participant, as well as our best-in-class distributors to bring these important stories to audiences around the world.”

Kounelias stated: “Since joining the company, it’s been extremely gratifying to be a part of how our extraordinary content, brought to life by Diane and Jonathan, combines so successfully with our social impact mission, and now to experience first-hand the growing relevance and power of the Participant brand. I’m so proud to be working with the entire Participant team during this exciting time.”

Brakin commented: “I’m thrilled to take on this new role and continue working with David and the rest of the team to advance Jeff Skoll’s vision of creating world-class content that inspires and empowers audiences to drive change on the world’s most pressing issues.”

Brakin, who joined Participant in 2008, has been instrumental in overseeing all of Participant’s film financing and investments, as well as playing a key role in shaping and implementing strategic business initiatives. He also managed the business and legal affairs team for all of Participant’s film, television and digital content, marketing, social impact, and cross-platform creative and distribution activities. Prior to Participant, Brakin was an entertainment and media transactions attorney in the Century City office of O’Melveny & Myers LLP. Brakin holds a J.D. from the UCLA School of Law, and B.A. in Political Science from UCLA.

Since joining Participant in 2016 as Executive Vice President of Worldwide Marketing and Communications, Kounelias has overseen global strategy for all of the company’s marketing and communications efforts, working in tandem with the social impact team. This past year, Kounelias led a reorganization of the marketing and communications department and was instrumental in the release of such acclaimed, award-winning projects as Roma, Green Book, RBG, On the Basis of Sex and America to Me. Prior to Participant, Kounelias served as the first-ever Chief Marketing Officer at the Academy of Motion Picture Arts and Sciences (AMPAS), where she spearheaded a significant rebranding effort and oversaw all marketing, communications and digital media for the organization's global initiatives. Prior to the Academy, Kounelias held a series of senior marketing and communications roles at New Line, Fox Broadcasting and Miramax. Kounelias serves on the Board of Governors for AMPAS and is a trustee for the Academy Foundation, as well as serves on the Board of Directors of Camp del Corazon, a nonprofit summer camp for children with heart disease.

Wegener oversees global sales and distribution for all of Participant’s film and television content, including narrative and documentary releases. Wegener, who first joined Participant in 2016 as Senior Vice President of Sales and Distribution, recently co-led negotiations on behalf of Participant for the sale of Steve James’ docuseries, America to Me; The Price of Free; feature documentary Foster, which HBO will release in May; Aquarela; as well as American Factory and The Boy Who Harnessed the Wind, both of which World Premiered at the 2019 Sundance Film Festival. Wegener also worked closely with Netflix on the worldwide theatrical release of Roma. In her elevated role, Wegener will continue to work in tandem with key partners including Focus Features, Netflix, YouTube, Warner Bros., Lionsgate and Entertainment One. Prior to Participant, Wegener spent six years as a key member of the Miramax executive team that relaunched the company after Disney sold it to private equity investors. She spent much of her career living and working internationally and was based in London for 10 years.