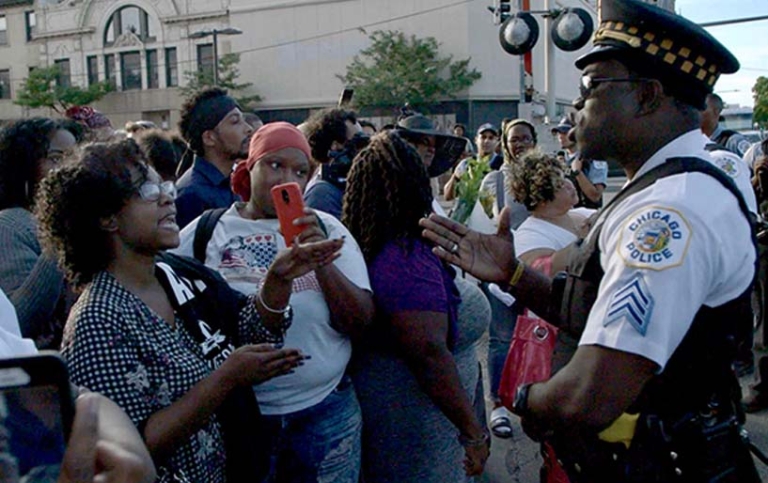 LOS ANGELES, CA (December 10, 2018) – Participant Media announced today that it has commenced production on the feature documentary film Chicago Story, the newest project from two-time Academy Award®-nominated filmmaker Steve James and his longtime production home, Kartemquin Films. Participant Media will finance the project which will be produced by James and Zak Piper. Participant’s Jeff Skoll and Diane Weyermann will executive produce with Alex Kotlowitz and Gordon Quinn. James, Piper and Kotlowitz previously collaborated on The Interrupters.

Chicago Story (working title) will be a mosaic portrait of Chicago today, captured at this crucial juncture in the city's history – the upcoming mayoral election in February 2019. Principal photography is already underway.

“This is a film I’ve wanted to do for years, and right now seems the perfect time to make it.  Chicago finds itself at a significant crossroads in so many ways as its citizens grapple with its future and who will lead them,” says Steve James. “I’m thrilled to be partnering with Participant again after our wonderful collaboration on America to Me.”

Diane Weyermann, President of Documentary Film and Television for Participant Media, commented: “We’re incredibly proud to be working again with Steve James. He truly is one of the most prolific, revered and compassionate filmmakers of our time. Chicago Story directly follows his recent, highly acclaimed unscripted series, America to Me, and we are excited by his creative vision for this deeply human, contemporary story.”

America to Me, which James directed and executive produced, marked the first in a growing slate of acclaimed television content from Participant Media. Acquired and released by Starz, the ground-breaking unscripted series, recently named one of the “Ten Best TV Shows of 2018” by The New York Times, follows students, teachers and administrators in Chicagoland’s Oak Park and River Forest High School, one of the country’s most exemplary and diverse public schools, over the course of a year as they grapple with decades-long racial and educational inequities. Digging deep into the experiences of a racially diverse student population, America to Me, in tandem with a nationwide social impact campaign from Participant Media and Starz, sparked thousands of local conversations around issues of race, education and equity today.

In addition to America to Me, Steve James has several acclaimed directing and producing credits. He was nominated for an Academy Award® for Best Documentary for Abacus: Small Enough to Jail, and for Best Editing for Hoop Dreams. He has directed three Emmy Award®-winning films: The Interrupters, Life Itself and Abacus: Small Enough to Jail. His other credits include Stevie, At the Death House Door, The New Americans and No Crossover: The Trial of Allen Iverson.