Participant Media, FilmAid International and Silkroad to Engage Syrian Refugees with ‘The Music of Strangers'

Participant Media, FilmAid International and Silkroad to Engage Syrian Refugees with ‘The Music of Strangers' 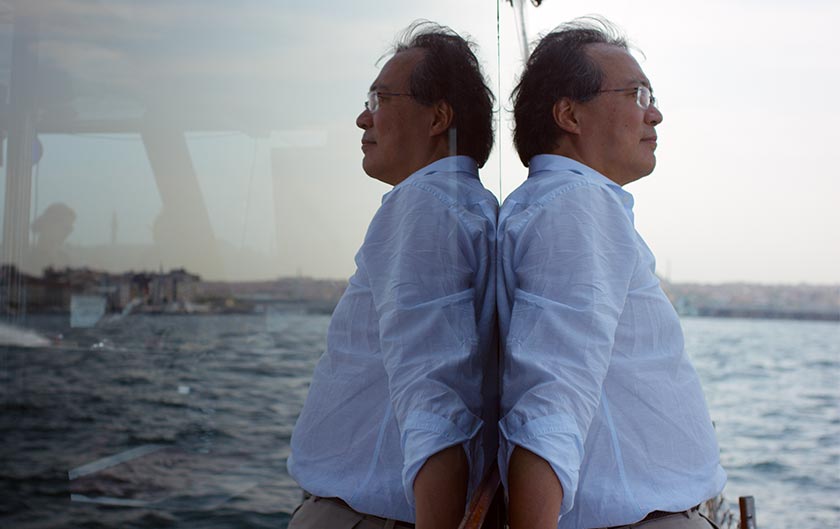 LOS ANGELES (June 13, 2016) – Participant Media, FilmAid International and Silkroad have joined forces to bring a series of arts workshops and film screenings to Syrian refugees and locals in Jordanian communities and camps. Inspired by the new documentary from Academy Award®-winner Morgan Neville, The Music of Strangers: Yo-Yo Ma and The Silk Road Ensemble, the program will offer in-depth arts experiences to an estimated 1,000 children and adults who have been displaced by the conflict in Syria. Two Silkroad artists featured in the film were in Jordan last week leading the first set of workshops: Wu Man, a master of the pipa, a Chinese lute, and Kevork Mourad, a New York-based visual artist originally from Syria.

The program, which runs through the end of August, is inspired by the belief that the freedom to create art, tell stories and express identity is a basic human right. Cellist Yo-Yo Ma, the founder and artistic director of Silkroad and one of the musicians featured in the film, says that the role of art and culture is even more essential in a moment of crisis. “The arts,” explains Ma, “give us perspective, and the capacity for empathy and humility. They keep us open, and offer new ways to connect in the face of fragmentation and friction.”

This collaboration between Participant, FilmAid and Silkroad extends many of the ideas explored in The Music of Strangers: Yo-Yo Ma and the Silk Road Ensemble, in U.S. theaters starting June 10 from The Orchard, and followed by a broadcast premiere on HBO. Through the journeys of five Silkroad artists from across the world, the documentaryexplores the power of music to preserve tradition, shape cultural evolution and inspire hope.

The workshops, which will be presented in conjunction with an Arabic-language version of The Music of Strangers, are structured around sharing stories through visual art and music. Workshop participants, who include a wide range of ages including teens and children, will join in art-making activities and conversation about creativity across borders and in times of crisis.

Director Morgan Neville said,  “We set out to make a musical film looking at the ideas of tradition and home.  We didn’t foresee that it would take us to a refugee camp in Jordan, where those ideas are absolutely essential. I am so grateful that our film will find its way back to that most special audience”.

FilmAid Managing Director Keefe Murren added, “Art, culture, film and music are humanitarianism in action. Supporting the work of artists and the cultural expression of displaced communities is essential to ensuring that refugees are treated with the same dignity and respect that every person on the planet deserves.”

About FilmAid International
FilmAid International is a humanitarian communications organization that harnesses the power of film to inform, educate and inspire refugees around the world. Since 1999, FilmAid has worked to enhance the effectiveness of aid delivery, knowledge transfer, community resilience, and behavior change through community-based communications campaigns in complex emergencies in East Africa, the Middle East, the Caribbean, Southeast Asia, and beyond. FilmAid’s community-centered methodology enables refugees, NGOs, government partners and UN agencies to create more effective, more targeted and more measurable communications campaigns that can materially improve the lives of refugees around the world. Connect to FilmAid at filmaid.org, @filmAid and at facebook.com/filmaid.

About Silkroad
Inspired by the exchange of ideas and traditions along the historical Silk Road, cellist Yo-Yo Ma established Silkroad in 1998 to explore how the arts can advance global understanding. Since 2000, the musicians of the Silk Road Ensemble have led Silkroad’s work to connect the world through the arts, focusing in three areas: musical performances, learning programs, and cultural entrepreneurship. Representing dozens of nationalities and musical traditions, Silkroad musicians model new forms of cultural understanding through performances, workshops, and residencies. These global artists draw on the rich tapestry of traditions that make up our many-layered contemporary identities.

The Ensemble performs throughout the world, and has recorded six albums. Its new album, Sing Me Home, was developed and recorded alongside the new documentary feature The Music of Strangers: Yo-Yo Ma and the Silk Road Ensemble from Oscar-winning director Morgan Neville — coming to U.S. theaters in June 2016.