Join #ait10 And Commemorate The 10th Anniversary Of ‘An Inconvenient Truth’

Join #ait10 And Commemorate The 10th Anniversary Of ‘An Inconvenient Truth’ 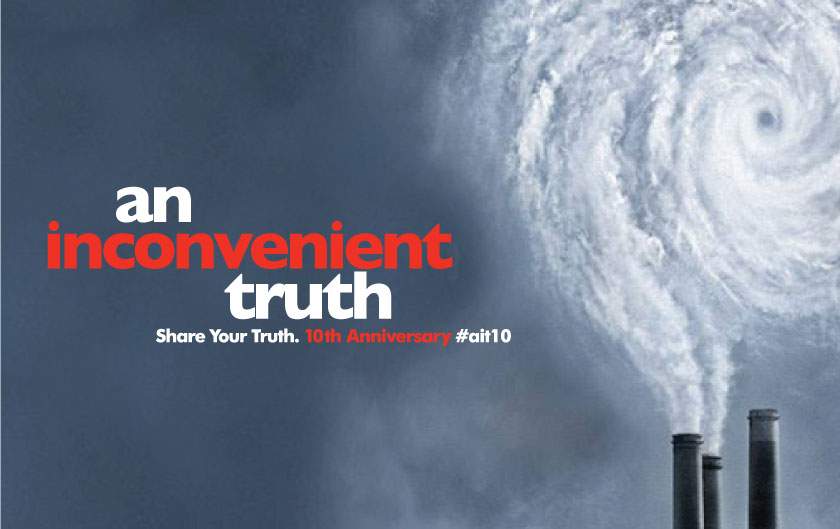 LOS ANGELES (May 24, 2016) – Today marks the 10th anniversary of the release of An Inconvenient Truth (AIT), the critically acclaimed documentary film that ignited a global climate change movement. Participant Media and Paramount Pictures invite you to join #ait10 and commemorate the event with the following activities:

WATCH THE DOCUMENTARY AND BE INSPIRED ALL OVER AGAIN: Paramount Home Media Distribution is offering free Digital HD copies today, the day the film was first released in 2006.  The film is available for free digital download for a 24-hour period from major digital retailers including Amazon Video, Cineplex Store, Comcast’s Xfinity On Demand, FandangoNOW, iTunes, Microsoft Movies & TV and VUDU.  Visit http://www.takepart.com/ait10 for more information.

Be Inspired and ‘Share Your Truth’ – Over 30 environmental leaders, business owners and government officials from around the world including LA Mayor Eric Garcetti, Andy Lipkis of TreePeople, Jennifer Regan from WeBringItOn and many more share their personal stories of the impact the film had on them.  Watch herehttp://www.takepart.com/ait10#watch, and then share your own story using #ait10.

#FacebookLive: Join a Facebook Live conversation with Al Gore and director Davis
Guggenheim moderated by WIRED’s Issie Lapowsky. Be sure to tune-in to the An Inconvenient
Truth Facebook page at 6p.m. PST to ask questions, comment and connect with these two
visionaries. Participant is using Telescope's innovative video platform, Live Studio to create an
interactive broadcast for fans around the globe.

An Inconvenient Truth is a passionate look at Gore’s fervent crusade to halt global warming’s deadly progress by revealing the truths about it. AIT is the first documentary to win two Academy Awards® (Best Documentary, Feature and Best Original Song) and continues to inspire people around the world to take action on climate change.