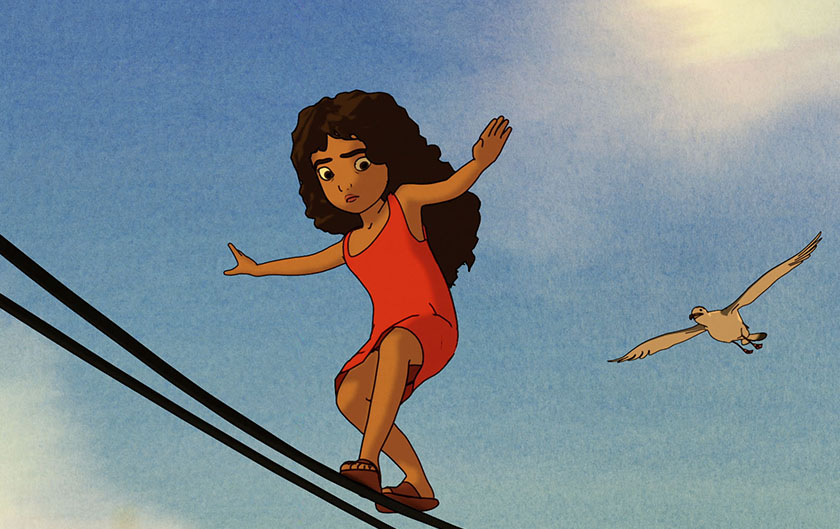 Universal City, California, January 5, 2016 – From a director of The Lion King, the breathtaking animated feature Kahlil Gibran’s The Prophet is coming to Digital HD on January 19, 2016, and Blu-ray™ combo pack, DVD and On Demand on February 2, 2016, from Universal Pictures Home Entertainment, in partnership with GKIDS. Based on one the most beloved and bestselling books of all time, and brought to life by some of the world’s most acclaimed animators, Kahlil Gibran’s The Prophet is “Awe inspiring!” according to Peter Debruge of Variety. The Blu-ray™ and DVD are filled with exclusive bonus features that take audiences behind the scenes of Kahlil Gibran’s The Prophet, giving fans the opportunity to see how this instant classic was created.

In a Mediterranean seaside village, Kamila (Salma Hayek-Pinault) cleans house for exiled artist and poet Mustafa (Liam Neeson), but the more difficult job is keeping her free-spirited young daughter Almitra (Quvenzhané Wallis) out of trouble. The three embark on a journey meant to end with Mustafa’s return home — but first they must evade the authorities who fear that the truth in his words will spark rebellion. Critics have hailed Kahlil Gibran’s The Prophet as “gloriously uplifting and life-affirming” (IndieWire), “profound” (Variety), and “a celebration of life, freedom, and the human spirit” (The National).

Inspired by the Book By: Kahlil Gibran