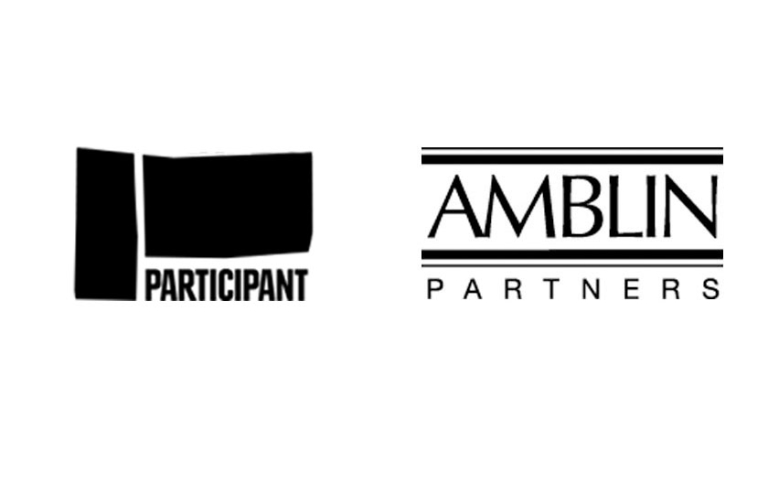 The new company will create content using the Amblin, DreamWorks Pictures and Participant brands and leverage their power and broad awareness to tell stories that appeal to a wide range of audiences. Participant Media will remain a separate company that continues to independently develop, produce and finance projects with socially relevant themes.

Amblin Partners will be led by CEO Michael Wright and President and COO Jeff Small.

In addition, Amblin Television will become a division of Amblin Partners and continues to be run by co-presidents Justin Falvey and Darryl Frank, who maintain their longtime leadership roles. They join Producer Kristie Macosko Krieger and President of Production Holly Bario on the film side, to complete Amblin Partners’ senior management team.

David Linde, Chief Executive Officer of Participant Media, and Participant’s narrative feature team, led by Executive Vice President Jonathan King, will work closely with Amblin Partners to develop and produce specific content for the new venture in addition to exploring opportunities for co-productions and other content.

In making the announcement about Amblin Partners, Mr. Spielberg said, “We are thrilled to partner with Jeff Skoll, Participant Media, and to continue our prolific relationship. We are of like minds, as our many collaborations have illustrated, with a mutual commitment to quality, premium entertainment and global vision.”

Mr. Skoll said, “I have had the good fortune of working with Steven for many years. We share a passion for stories that can truly affect change. And this new venture will further Participant’s growth and global impact.”

DreamWorks Studios and Participant Media have collaborated on many Academy Award® nominated films such as “Lincoln” and “The Help” as well as the critically acclaimed “The Hundred-Foot Journey,” and the recently released “Bridge of Spies.”

Mr. Spielberg continued, “We are honored to continue our long-term association with our dear friend, Anil Ambani and his team at Reliance.  We have had the opportunity to develop and produce wonderful films thanks to their ongoing support.”

“We are delighted to continue our now seven-years-strong relationship with our valued partner, Steven Spielberg, and to extend this alliance to the formation of Amblin Partners with Jeff Skoll.  We look forward to the combination of Steven’s passion and integrity with Jeff’s unique socially conscious vision to create uplifting and quality content to entertain global audiences,” Mr. Ambani said.

Mr. Spielberg continued, “We are also grateful to Darren Throop and his team at Entertainment One for their contribution to Amblin Partners.  We look forward to expanding our relationship.”

“We are delighted to join Steven Spielberg, Jeff Skoll and Reliance in launching this unique new venture,” Mr. Throop said. “We continually strive to partner with producers of the highest quality content, and Amblin Partners certainly represents the gold standard.”

Through this new partnership, eOne extends its collaboration into television production and distribution and expands its successful film distribution relationship across additional territories. eOne will handle the direct distribution of Amblin Partners films on a multi-territory output basis in Australia/New Zealand and Spain as well as the United Kingdom and the Benelux, where it previously had a successful output arrangement with DreamWorks Studios.

J.P.Morgan Chase structured and arranged the $500 million debt syndication together with Comerica Bank, which served as Co-Lead.   Other financial institutions involved included Sun Trust Bank, Union Bank, City National Bank and Bank of America, among others.   J.P.Morgan Chase and its predecessors have financed DreamWorks Studios since its inception in 1994.

Upcoming shows from Amblin TV include “All the Way,” an HBO movie directed by Jay Roach and starring Bryan Cranston, with an airdate to be announced shortly; and “American Gothic,” a summer series that will air on CBS and begin production in February 2016.

Participant Media is a leading media company dedicated to entertainment that inspires and compels social change.  Founded in 2004 by Jeff Skoll, Participant combines the power of a good story well told with opportunities for viewers to get involved. Participant’s more than 70 films, including “Spotlight,” “Contagion,” “Lincoln,” “The Help,” “He Named Me Malala,” “The Look of Silence,” “CITIZENFOUR,” “Food, Inc.,” and “An Inconvenient Truth,” have collectively earned 37 Academy Award® nominations and eight wins. Participant has also launched more than a dozen original series including, “Please Like Me,” Emmy® Award-winning “Hit Record On TV with Joseph Gordon-Levitt,” and “Fortitude, for its television network Pivot. Participant’s digital hub, TakePart, serves millions of socially conscious consumers each month with daily articles, videos and opportunities to take action. Follow Participant Media on Twitter at @Participant and on Facebook.

Reliance Group, led by Mr. Anil D. Ambani, is among India’s major business houses, with a leadership position in telecommunications, power, infrastructure, financial services, and media and entertainment. The Group has over 250 million customers, serving 1 in every 5 Indians, and has over 8 million shareholders, amongst the largest shareholder families in the world.

Reliance Entertainment is the media and entertainment arm of Reliance Group, and is engaged in the creation and distribution of content across film, television, digital and gaming platforms. Internationally, Reliance Entertainment has partnered since 2009 with iconic film producer and director, Steven Spielberg, in the formation of DreamWorks Studios.

Entertainment One Ltd. (LSE:ETO) is a leading international entertainment company that specializes in the acquisition, production and distribution of film and television content.  The company’s comprehensive network extends around the globe including Canada, the U.S., the UK, Ireland, Spain, Benelux, France, Germany, Scandinavia, Australia, New Zealand and South Africa.  Through established Film and Television divisions, the company provides extensive expertise in film distribution, television and music production, family programming, merchandising and licensing, and digital content. Its current rights library is exploited across all media formats and includes more than 40,000 film and television titles, 4,500 hours of television programming and 45,000 music tracks