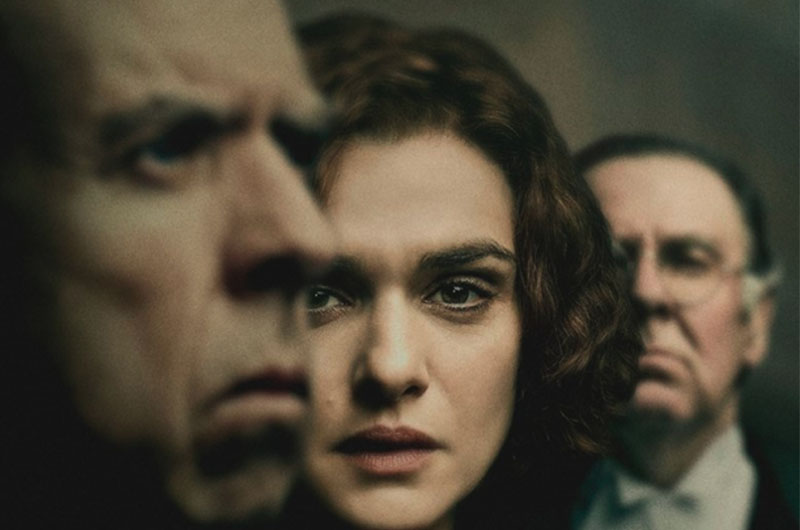 Adapted for the screen by BAFTA and Academy Award® nominated writer David Hare (THE READER, THE HOURS), the book recounts Lipstadt’s legal battle for historical truth against David Irving, who accused her of libel when she declared him a Holocaust denier. In the English legal system, the burden of proof is on the accused; therefore it was up to Lipstadt and her legal team to prove the essential truth that the Holocaust happened.

The film will be directed by Emmy Award® winner Mick Jackson (“Temple Grandin,” THE BODYGUARD) and produced by Gary Foster and Russ Krasnoff under Krasnoff/Foster Entertainment (THE SOLOIST) alongside Shoebox Films. Participant Media developed the project with BBC Films, and they are co-financing as well.  Cornerstone Films is handling international sales and distribution.

“Mick Jackson’s film will recount this incredible, unbelievable story of two people pitted against each other in a battle over truth, history and integrity,” said Andrew Karpen, CEO of Bleecker Street. “With David Hare’s exhilarating script combined with Rachel Weisz and Tom Wilkinson leading the cast, I’m so proud to be bringing this film to audiences next year.”

Producers Gary Foster and Russ Krasnoff said, “We have found the perfect partner to bring this important and exceptional story to American audiences with Andrew and Bleecker Street. It’s an awesome responsibility to join Deborah in the defense of truth and history which continues to shape our world. It could only be achieved with a top class cast and we feel fortunate to have Rachel, Tom and Tim headlining this stellar cast with their talent and passion.”

“Deborah Lipstadt teaches history, but her own story is about what is happening right now all around us. DENIAL shows how one person can make a difference in the world by standing up for what is right,” said Jonathan King, EVP Narrative Film, Participant Media.

The deal was negotiated for Bleecker Street CEO Andrew Karpen and Avy Eschenasy, with Jonathan King and Gabe Brakin for Participant Media.

Weisz most recently starred in Yorgos Lanthimos’ lauded film THE LOBSTER and Paolo Sorrentino’s YOUTH, both of which had their world premieres at the Cannes International Film Festival in May, with THE LOBSTER winning Cannes Jury Prize. Weisz is represented by Independent Talent Group, WME, and Brillstein. Wilkinson recently completed Oliver Stone's SNOWDEN and Simon Aboud's THIS BEAUTIFUL FANTASTIC. He is represented by Lou Coulson Associates and Gotham/Principal. Spall recently completed Nick Hamm’s THE JOURNEY and Daivid Blair’s AWAY.  He is represented by Markham, Froggatt and Irwin and managed by Berwick & Kovacik.

About Participant Media
Participant Media (http://www.participantmedia.com/) is a leading media company dedicated to entertainment that inspires and compels social change. Founded in 2004 by Jeff Skoll, Participant combines the power of a good story well told with opportunities for viewers to get involved. Participant's more than 65 films include Lincoln, Contagion, The Help, The Best Exotic Marigold Hotel, Food, Inc., Waiting For “Superman,” CITIZENFOUR and An Inconvenient Truth. Participant has also launched more than a dozen original series, including “Please Like Me,” “Hit Record On TV with Joseph Gordon-Levitt,” and “Fortitude,” for its television network, Pivot (http://www.pivot.tv/). Participant's digital hub, TakePart (http://www.TakePart.com), serves millions of socially conscious consumers each month with daily articles, videos and opportunities to take action. Follow Participant Media on Twitter at @Participant and on Facebook.