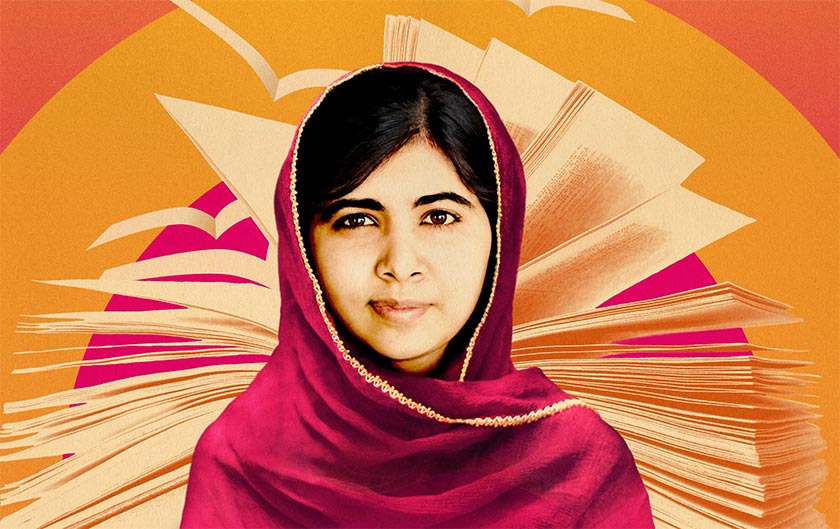 October 7, 2015 – New York, NY – Stand #withMalala, a global campaign for girls’ education, will launch this week as HE NAMED ME MALALA, Academy Award winner Davis Guggenheim’s upcoming feature documentary is released nationally on October 9. HE NAMED ME MALALA is the intimate portrait of Nobel Peace Prize Laureate Malala Yousafzai, who was targeted by the Taliban and severely wounded by a gunshot when returning home on her school bus in Pakistan’s Swat Valley.

“This film tells the story of one girl, but I am one of many. There are millions of girls denied their right to education.  Let us raise our voices, stand with girls, stand up for their rights and ensure every one of them gets the chance to learn.  Education is the key to peace, and a better future for all,” said Malala Yousafzai.

Supporters can Stand #withMalala by inviting friends and family to see the film, signing petitions to world leaders and by donating to Malala Fund girls’ education projects in Kenya, Nigeria and Pakistan, as well as supporting Syrian refugee girls to learn in safety in Jordan and Lebanon.

Stand #withMalala will include widespread action around International Day of the Girl on October 11, with events in the U.S. and international markets including Japan, Nigeria, France and Kenya. The yearlong campaign will continue in Europe and globally as the film opens in countries around the world. Toolkits and information on how to organize programs and group bookings are available at www.malala.org/film.

Campaign activities planned to date include the following, with more announcements in coming months:

Students Stand #withMalala screening program:
Students Stand #withMalala and Participant Media, through an activation with DonorsChoose.org are organizing free school field trips in the U.S. (including tickets and bus transportation) to see the film and providing supporting educational materials for teachers and students. Already more than 100,000 public school students have signed up to see HE NAMED ME MALALA through this initiative, making this one of the largest-ever free educational field trip programs in the country.

As the film opens around the world, theater trips and other kinds of screenings will be available to children in countries as diverse as the UAE, UK, Germany, Nigeria, India and Kenya.

Educational resources:
The Stand #withMalala campaign will provide discussion guides, curriculum and other materials to continue the conversation, learn more about the issues affecting girls, and encourage youth to become advocates for policy changes that will give girls everywhere access to quality education.

Change.org petitions:
In collaboration with Change.org, the Stand #withMalala campaign will run specific, targeted petitions over the next 12 months in support of girls’ education. The first petition, calling on leaders to fund 12 years of education for all girls, is live at change.org and currently has over 800,000 signatures. Further petitions will address the need to measure educational progress at country level and enable all children, including refugees, to go to school in safety.

Campaign video:
Stand #withMalala’s first campaign video was released exclusively on Facebook on October 2. The video features girls from Nigeria, Kenya, Jordan and Lebanon who are getting an education despite discrimination, tradition, violence and poverty that keep many of their peers from school - and asks viewers to join the campaign.

Creative collaboration and fundraising:
Adobe Project 1324 and Schoola are providing support for students wishing to engage further with the campaign. Schoola’s fundraising bags for the Malala Fund will be launched in the US and Canada. Adobe Project 1324 will launch a global art project to raise awareness about girls’ education.

Join the campaign to Stand #withMalala and learn more: www.standwithmalala.org

About Malala Fund: Malala Fund is a non-profit organization that empowers girls globally through education to achieve their potential and be agents of change in their communities. Co-founded in 2013 by student, education activist and Nobel Peace Prize Laureate Malala Yousafzai and her father and teacher Ziauddin Yousafzai, the Malala Fund invests in and advocates for girls’ secondary education and amplifies the voices of adolescent girls globally.
www.malala.org | @MalalaFund | #withMalala | Facebook.com/MalalaFund