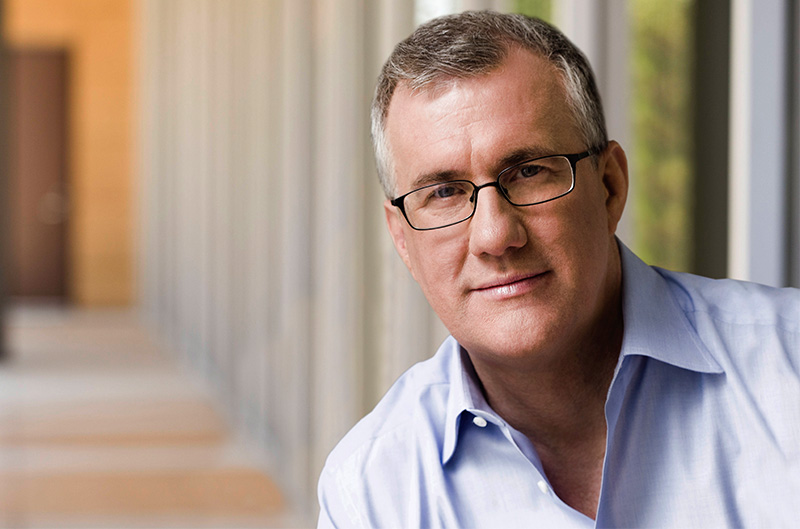 “David is the perfect leader for Participant,” said Skoll. “David has the creative acumen to tell stories on the issues that matter, the respect of the artistic and business communities, and entrepreneurial talent to advance these stories by any means possible throughout the world.”

Linde added, “Jeff’s vision is vitally distinct and powerful and offers partners around the world tremendous opportunity. It’s an absolutely unique chance to combine my professional experience and relationships with my intellectual and emotional priorities, and expand Participant Media’s impact on a global level.”

Linde arrives at Participant at a time of accelerating momentum across the company. Participant has an unprecedented slate of 12 films in 2015. Upcoming releases include Tom McCarthy’s Spotlight and Cary Fukunaga’s Beasts of No Nation, both of which premiered at the Venice Film Festival and went on to high-profile slots at Telluride and Toronto; Steven Spielberg’s Bridge of Spies, which just launched at the New York Film Festival; David Gordon Green’s Our Brand is Crisis, starring Sandra Bullock and produced by George Clooney and Grant Heslov; and Bernardo Ruiz’ documentary Kingdom of Shadows. Davis Guggenheim's documentary He Named Me Malala is currently in wide release from Fox Searchlight. Earlier in the year, the company released the critically acclaimed documentaries 3 1/2 Minutes, Ten Bullets from Marc Silver; The Look of Silence, Joshua Oppenheimer's follow-up to The Act of Killing; and Best of Enemies, Morgan Neville and Robert Gordon's look at the 1968 TV debates between Gore Vidal and William F. Buckley, Jr. Participant's slate for 2016 includes Peter Berg’s Deepwater Horizon, Juan Antonio Bayona’s A Monster Calls, and Morgan Neville’s The Music of Strangers: Yo-Yo Ma and the Silk Road Ensemble.

Participant’s television network for socially conscious consumers, Pivot, reaches more than 50 million households in the U.S. and has grown its viewership significantly since launching in 2013. Participant’s original television programming includes Emmy®-winning “Hit Record on TV with Joseph Gordon Levitt,” International Emmy®-nominated comedy “Please Like Me,” the critically acclaimed drama “Fortitude,” and the docu-comedy “Human Resources.” The company’s digital hub and social action platform, TakePart, reaches millions of people every month with original content and serves as a major driver of engagement for more than a hundred leading nonprofit organizations that are part of its Social Action Network. Across all platforms, Participant content is tied together with unique Advocacy and Social Impact campaigns.

Linde’s background spans production, global distribution and building multiple companies from the ground up. He previously served as chairman of Universal Pictures, where he played an integral role in transforming Universal’s business strategy by championing a broader outlook regarding international productions, animation and family entertainment and distribution. During his tenure, the company delivered such global hits such as Paul Greengrass’ The Bourne Ultimatum, Ridley Scott’s American Gangster, Phyllida Lloyd’s Mamma Mia!, along with such culturally significant successes as Joe Wright’s Atonement and Quentin Tarantino’s Inglorious Basterds. While at Universal, Linde served on the NBCUniversal board of directors and as the chair of NBCUniversal’s Diversity Council.

Previously, Linde ran acclaimed specialty film studio Focus Features (with James Schamus) and its genre division, Rogue Pictures, which were formed from Universal’s acquisition in 2002 of Good Machine and Good Machine International (GMI), of which Linde was a partner. At Focus, Linde oversaw a diverse slate that included Roman Polanski’s The Pianist, Sofia Coppola’s Lost in Translation, Fernando Mereilles’ The Constant Gardener, as well as Ang Lee’s Brokeback Mountain. Founded by Linde in 1997, GMI handled the international distribution of such critical and commercial successes as Alfonso Cuarón's Y Tu Mamá También, and Ang Lee's Crouching Tiger, Hidden Dragon, among others.

Linde has also long been a leader in international film production, most recently serving as executive producer of Alejandro Gonzales Innaritu’s Oscar®-nominated Biutiful; Zhang Yimou’s Golden Globe-nominated The Flowers of War; Baltasar Kormakur’s The Deep, which was shortlisted for the Academy Award® for Best Foreign Language Film; as well as Jonas Cuaron’s FIPRESCI Award-winning Desierto, which premiered at the 2015 Toronto International Film Festival.

Linde will continue to work with Lava Bear’s President and Partner, Tory Metzger on the company’s 2016 release slate, which includes The Forest (Focus Features), Shut In (EuropaCorp), Desierto (STX Entertainment), and Story Of Your Life (Paramount). Lava Bear’s vibrant development slate of over 15 titles and upcoming productions will continue to be overseen by Metzger, with Linde’s support during his transition.

Participant Media is a leading media company dedicated to entertainment that inspires and compels social change. Founded in 2004 by Jeff Skoll, Participant combines the power of a good story well told with opportunities for viewers to get involved. Participant's more than 65 films include Lincoln, Contagion, The Help, The Best Exotic Marigold Hotel, Food, Inc., Waiting For "Superman," CITIZENFOUR and An Inconvenient Truth. Participant has also launched more than a dozen original series, including “Please Like Me,” “Hit Record On TV with Joseph Gordon-Levitt,” and “Fortitude,” for its television network, Pivot. Participant's digital hub, TakePart, serves millions of socially conscious consumers each month with daily articles, videos and opportunities to take action. Follow Participant Media on Twitter at @Participant and on Facebook.