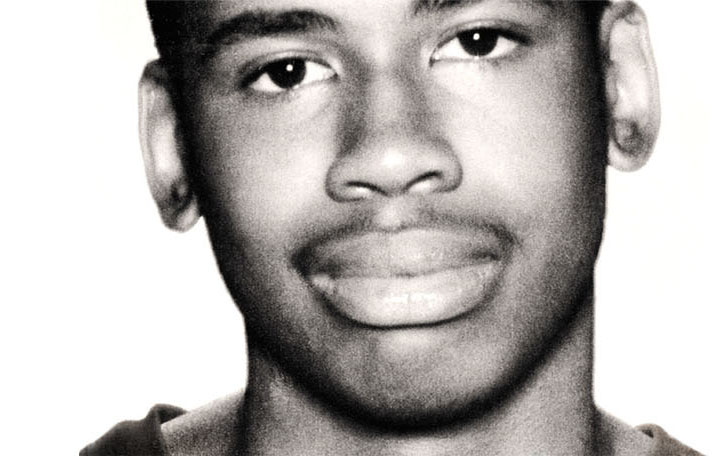 A “timely documentary about racial tension and gun culture in the U.S.,” (Brian Moylan, The Guardian) 3 1/2 Minutes premiered at the 2015 Sundance Film Festival in the U.S. Documentary Competition. The film will debut on HBO in late Fall 2015, preceded by a theatrical release.

"I am grieved that these continuing stories are everyday matters swept away," commented Sheila Nevins, president, HBO Documentary Films. "By bringing this powerful film to HBO audiences we hope to elevate the national conversation around these tragic issues."

Commenting on the agreement, Diane Weyermann, Participant’s EVP, Documentary film, said, “Following the incredible response 3 1/2 Minutes received at Sundance, I am thrilled that HBO is joining with Participant to bring Marc Silver’s devastating, dramatic, and all-too-timely documentary to a wider audience.”

Director Marc Silver added, “When we started this journey, our aim was make sure that Jordan’s story was not going to be forgotten, that he would not become a statistic in an increasingly violent world; this is why we are so fortunate to be partnering with HBO and Participant Media for the distribution of 3 1/2 Minutes.  We are now certain that Jordan’s story will reach the widest, most diverse audience possible.”

The deal was negotiated by HBO, Josh Braun at Submarine, and Jeff Ivers at Participant Media.

In 3 1/2 Minutes, two lives intersected and were forever altered. On Black Friday in 2012, two cars parked next to each other at a Florida gas station. A white middle-aged male and a black teenager exchanged angry words over the volume of the music in the boy’s car. A gun entered the exchange, and one of them was left dead.

Michael Dunn fired 10 bullets at a car full of unarmed teenagers and then fled. Three of those bullets hit 17-year-old Jordan Davis, who died at the scene. Arrested the next day, Dunn claimed he shot in self-defense. Thus began the long journey of unraveling the truth. 3 1/2 Minutes follows that journey, reconstructing the night of the murder and revealing how hidden racial prejudice can result in tragedy.

Directed by Marc Silver (Who is Dayani Cristal?), the documentary intercuts powerful exclusive footage from a riveting trial with intimate, observational scenes of Jordan’s parents, Ron and Lucy. We see firsthand how difficult it is for them to grapple with unimaginable loss while fighting for justice for their son. The film integrates police interrogation footage, prison phone recordings and interviews with the others at the scene that night. The result is a powerful story about the devastating effects of racial bias, and the search for justice within the judicial system.

Participant Media (http://www.ParticipantMedia.com) is a global entertainment company founded in 2004 by Jeff Skoll to focus on feature film, television, publishing and digital content that inspires social change. Participant's more than 60 films include Good Night, and Good Luck, Syriana, An Inconvenient Truth, Food, Inc., Waiting for ‘Superman’, The Help, Contagion and Lincoln. Participant launches campaigns that bring together government entities, foundations, schools, and others to raise awareness and drive people to take action on issues from each film or television show. Pivot (http://www.pivot.tv/), the company’s television network, is available nationally in 47 million homes, with a diverse slate of talent and a mix of original series, acquired programming, films and documentaries. TakePart (http://www.TakePart.com) is Participant’s digital news and lifestyle magazine and social action platform for the conscious consumer. Through its films, social action campaigns, digital network, and its television network, Participant seeks to entertain, encourage and empower every individual to take action.