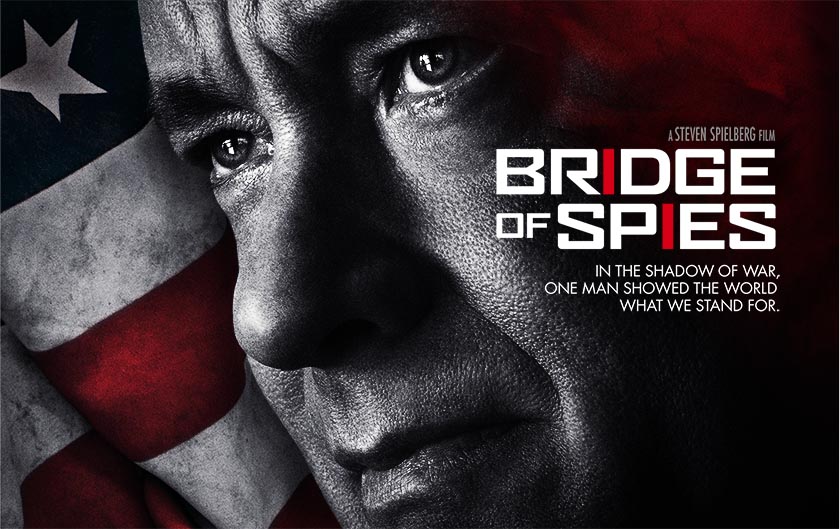 Production in New York was possible due to support from state and local film agencies, and in Berlin, through the support of several film funds.

The film is the true story of James Donovan, an attorney who finds himself thrust into the center of the Cold War when the CIA sends him on the near-impossible mission to negotiate the release of a captured American U-2 pilot.

20th Century Fox is co-financing the film with DreamWorks in association with Participant Media, and will distribute internationally. Disney will handle domestic distribution, while DreamWorks’ partner, Reliance, will oversee distribution in India. In addition to directing, Spielberg will produce the film with Marc Platt (“Drive”) and Kristie Macosko Krieger (“Lincoln”). The executive producers are Adam Somner (“The Wolf of Wall Street”) and Daniel Lupi (“Her”). The screenplay is by three-time Academy Award® winners Joel and Ethan Coen (“No Country for Old Men”) and Matt Charman based on a pitch by Charman.  The film will be released in U.S. theaters October 16, 2015.

DreamWorks Studios is a motion picture company formed in 2009 and led by Steven Spielberg in partnership with The Reliance Anil Dhirubhai Ambani Group. The company’s recent releases include “The Hundred-Foot Journey,” starring Helen Mirren, Om Puri, Manish Dayal and Charlotte Le Bon and directed by Lasse Hallström based on the

Vaughn; Spielberg’s “Lincoln,” starring Daniel Day-Lewis, Sally Field and Tommy Lee Jones, which grossed over $270 million at the worldwide box office and was nominated for 12 Academy Awards® with Daniel Day-Lewis winning for Best Actor; “Real Steel,” starring Hugh Jackman and directed by Shawn Levy; Spielberg’s “War Horse,” based on Michael Morpurgo’s award-winning book and nominated for six Academy Awards including Best Picture; and “The Help,” which resonated with audiences around the country and earned over $200 million at the box office and received four Academy Award nominations with Octavia Spencer winning for Best Supporting Actress.

Participant Media (http://www.ParticipantMedia.com) is a global entertainment company founded in 2004 by Jeff Skoll to focus on feature film, television, publishing, and digital content that inspires social change. Participant’s more than 55 films include Good Night, and Good Luck, Syriana, An Inconvenient Truth, FOOD, INC., Waiting for ‘Superman’, The Help, Contagion, and Lincoln. Participant launches campaigns that bring together government entities, foundations, schools, and others to raise awareness and drive people to take action on issues from each film or television show. Pivot (http://www.Pivot.tv), the company’s television network, is available in 45 million homes, serving passionate Millennials (18-34) with a diverse slate of talent and a mix of original series, acquired programming, films, and documentaries. TakePart (http://www.TakePart.com) is Participant’s digital news and lifestyle magazine and social action platform for the conscious consumer. Through its films, social action campaigns, digital network, and its television network, Participant seeks to entertain, encourage, and empower every individual to take action.