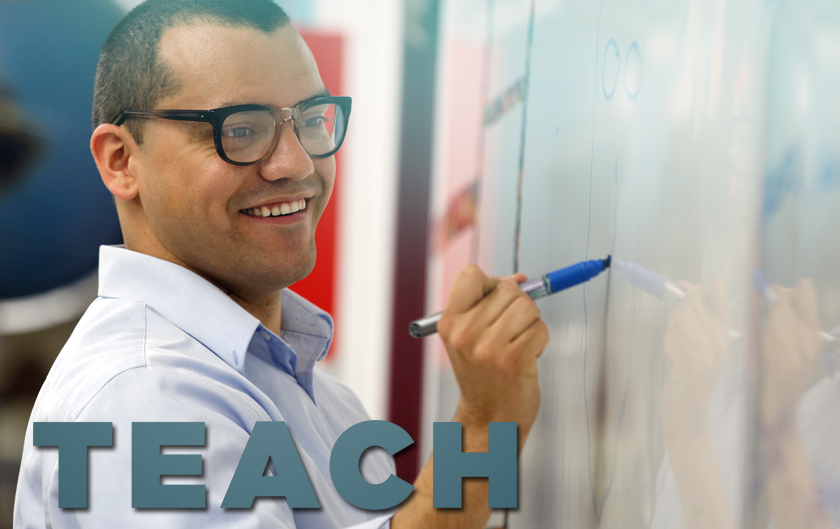 (August 11, 2014) – Los Angeles and Costa Mesa, Calif.– Participant Media and its Pivot television network have teamed up with Roadtrip Nation, a career exploration organization, to launch TEACH Roadtrip, a cross country adventure spotlighting inspiring individuals working to change the face of education. Part of Participant’s TEACH campaign inspired by the Davis Guggenheim documentary, TEACH Roadtrip kicked off in San Francisco and culminates with an event in Washington D.C. at the Newseum.

By showcasing the insights of educators, policymakers, social entrepreneurs, and activists who are reshaping the world through their work, Participant Media’s TEACH campaign and Roadtrip Nation aim to reframe conventional perception of educational work and inspire viewers to take up the cause of education and access.

“TEACH is a documentary that celebrates the unsung heroes of our society, the men and women who have our future in their hands – the children they teach in our schools,” said Chad Boettcher, EVP, Social Action & Advocacy for Participant Media. “Working with Roadtrip Nation provides us with an amazing way to extend our social action campaign across America and for years to come.”

“We’re proud to work with Participant Media to help expose students to the idea that teaching is not just a job, but also a powerful tool that enhances social justice. We hope to showcase pathways in the broad field of education that young people previously might not have known existed,” says Mike Marriner, co-founder of Roadtrip Nation.

Footage of the road trip will air on Pivot, and will also be available live and on-demand through the Pivot TV app. Additionally, the insights from interviews will be accessible to thousands of students through Roadtrip Nation’s career exploration curriculum and online multimedia resources, which guide young people to explore different careers.

Participant is a global entertainment company founded in 2004 by Jeff Skoll to focus on feature film, television, publishing and digital content that inspire social change. Participant’s more than 55 films include Good Night, and Good Luck, Syriana, An Inconvenient Truth, Food, Inc., Waiting for ‘Superman’, The Help, Contagion and Lincoln. Participant, uniquely, launches campaigns that bring together government entities, foundations, schools, and others to raise awareness and drive people to take action on issues from each film or television show. Pivot, the company’s television network, is available in 45 million homes, serving passionate Millennials (18-34) with a diverse slate of talent and a mix of original series, acquired programming, films and documentaries. Participant’s digital network, TakePart, is a leading source of socially relevant news, opinion, entertainment and information about ways to get involved with the issues that shape our lives. Through its films, social action campaigns, digital network, and its television network, Participant seeks to entertain, encourage and empower every individual to take action.