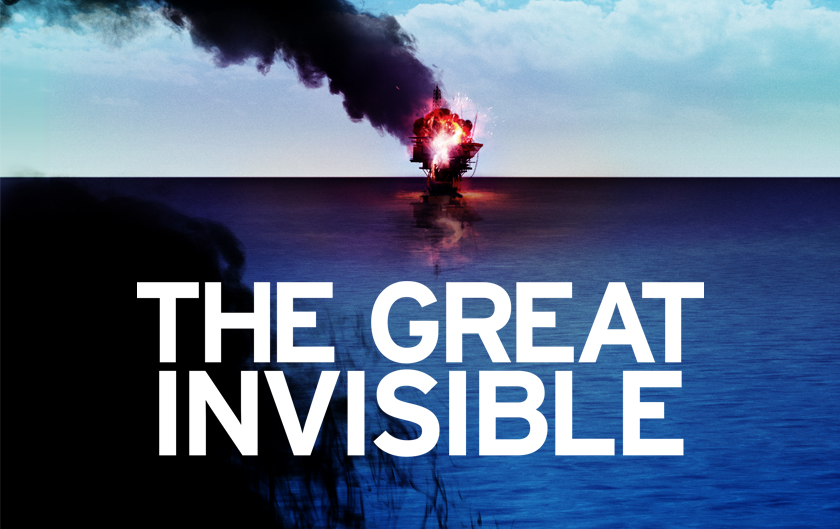 THE GREAT INVISIBLE tells the story of the modern South – the fishermen, the oilmen, and the survivors – through the lens of the Deepwater Horizon oil spill. RADiUS has slated the film for a late 2014 theatrical release.

According to RADiUS co-presidents Tom Quinn and Jason Janego, “THE GREAT INVISIBLE unfolds like a thriller and Margaret does a brilliant job of uncovering the aftermath of one of the worst disasters our country has ever faced.” Diane Weyermann, EVP, Documentary Films at Participant Media added, “Participant is proud to re-team with RADiUS to share Margaret Brown’s beautiful, reflective film about the people and places still reeling from the impact of the spill.” Brown added, “RADiUS is clearly a great home for documentaries, and I am thrilled to work with them on this very personal film.”

On April 20, 2010, communities throughout the Gulf Coast of the United States were devastated by the explosion of the Deepwater Horizon, a state-of-the-art, offshore oilrig operated by BP in the Gulf of Mexico. The blast killed 11 of 126 rig crewmembers and injured many more, setting off a fireball that was seen 35 miles away. After burning for two days, the Deepwater Horizon sank, causing the largest offshore oil spill in American history. The spill flowed unabated for almost three months, dumping hundreds of millions of gallons of oil into the Gulf of Mexico and the Atlantic Ocean, shutting down the local fishing industry, polluting the fragile ecosystem, and raising serious questions about the safety of continued deep-water offshore drilling.

Brown traveled to small towns and major cities across Alabama, Louisiana and Texas to explore the fallout of the environmental disaster.  Years later, the Southern Americans still haunted by the Deepwater Horizon explosion provide first-hand accounts of their ongoing experience, long after the story has faded from the front page.

A Co-Production of ITVS and Participant Media, THE GREAT INVISIBLE was produced by Brown, Jason Orans, and Julie Goldman; executive produced by Jeff Skoll and Diane Weyermann for Participant, John Battsek, and Sally Jo Fifer for ITVS; and edited by Robin Schwartz and Tyler Hubby; with music composed by David Wingo.

RADiUS is the boutique label of the Weinstein Company (TWC) and the first studio division dedicated to both multi-platform VOD and theatrical distribution. Utilizing both traditional and digital media, RADiUS-TWC brings the highest quality films and other specialty entertainment to a wider audience than ever before. Founded and led by Tom Quinn and Jason Janego, the label continues to develop innovative distribution strategies to make marquee content available to consumers where, when and how they want it. The label’s inaugural slate included such films as BACHELORETTE (the first multi-platform film to hit #1 on iTunes and the only multi-platform release to ever reach #4 for top Cable VOD performers) and Cannes competition entry ONLY GOD FORGIVES directed by Nicolas Winding Refn and starring Ryan Gosling and Kristen Scott Thomas. Recent releases include: Morgan Neville’s Oscar winner 20 FEET FROM STARDOM; Rob Epstein and Jeffrey Friedman’s LOVELACE; Zachary Heinzerling’s Oscar nominated CUTIE AND THE BOXER (Sundance 2013 U.S. Documentary Directing Award), Jacob Kornbluth’s INEQUALITY FOR ALL (Sundance 2013 U.S. Documentary Special Jury Award) and Keanu Reeves’ directorial debut – MAN OF TAI CHI in which he also stars.  In 2014, RADiUS’ slate features (among others): Bong Joon Ho’s runaway hit SNOWPIERCER, BLUE RUIN (winner of the FIPRESCI International Critics Prize at the Cannes Film Festival), Errol Morris’ THE UNKNOWN KNOWN, FED UP from Laurie David and Katie Couric, THE ONE I LOVE starring Elisabeth Moss and Mark Duplass (Sundance), Alexandre Aja’s HORNS starring Daniel Radcliffe (Toronto), Berlin titles: EVERLY (Salma Hayek), WHEN ANIMALS DREAM, and PARADISE LOST (Benicio del Toro) as well as two time Tribeca Film Festival winner KEEP ON KEEPIN’ ON and  BEYOND THE BRICK: A LEGO BRICKUMENTARY. Additionally, the company is embarking on a CREEP trilogy alongside the Duplass brothers and Blumhouse Productions after the film’s highly praised SXSW premiere.

Independent Television Service (ITVS) funds, presents, and promotes award-winning documentaries on public television, innovative new media projects on the Web, and the Emmy® Award-winning weekly series Independent Lens on Monday nights at 10 p.m. on PBS. Mandated by Congress in 1988 and funded by the Corporation for Public Broadcasting, ITVS has brought thousands of independently produced programs to American audiences. For more visit itvs.org.

Participant (ParticipantMedia.com) is a global entertainment company founded in 2004 by Jeff Skoll to focus on feature film, television, publishing and digital content that inspires social change. Participant’s more than 55 films include Good Night, and Good Luck, Syriana, An Inconvenient Truth, Food, Inc., Waiting for ‘Superman’, The Help, Contagion and Lincoln. Participant, uniquely, launches campaigns that bring together government entities, foundations, schools, and others to raise awareness and drive people to take action on issues from each film or television show. Pivot (Pivot.tv), the company’s television network, is available in 45 million homes, serving passionate Millennials (18-34) with a diverse slate of talent and a mix of original series, acquired programming, films and documentaries. Participant’s digital network, TakePart (TakePart.com), is a leading source of socially relevant news, opinion, entertainment and information about ways to get involved with the issues that shape our lives. Through its films, social action campaigns, digital network, and its television network, Participant seeks to entertain, encourage and empower every individual to take action.