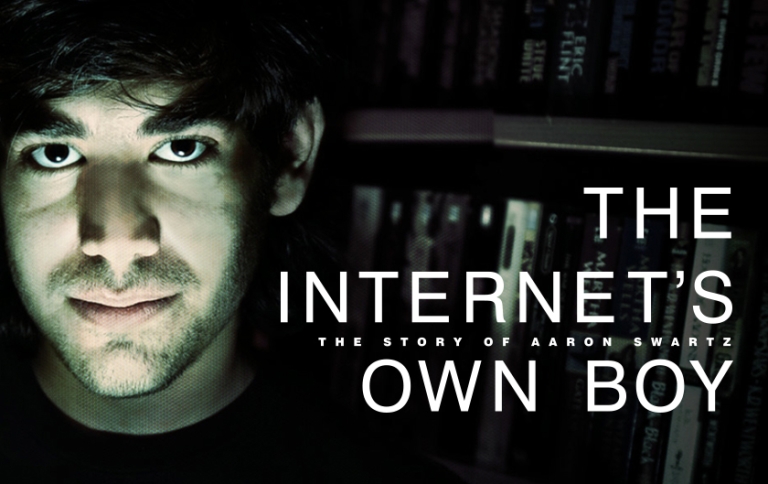 @_Participant’s @InternetsOwnBoy doc joins with @POGOblog to ask for better oversight in US Justice System - takepart.com/iob

LOS ANGELES (June 27, 2014) – Participant Media, the global entertainment company dedicated to entertainment that inspires social change, today announced the launch of a social advocacy campaign, in collaboration with the Project on Government Oversight, around key issues in the company’s new documentary, The Internet’s Own Boy, encouraging audiences to demand better oversight in the U.S. justice system.

Timed to the June 27 theatrical and video-on-demand release of The Internet’s Own Boy, and hosted at takepart.com/iob, the campaign will include a petition to lawmakers for better oversight of attorney and prosecutorial misconduct, sponsored by the Project on Government Oversight, as well as a 'Donate a Tweet' campaign, timed to the anniversary of Aaron’s indictment on July 14, 2014, asking Department of Justice officials to watch the film and respond with public comment.

Participant will also host educational events and screenings of The Internet’s Own Boy for the legal community, and the company is working with partners to develop a curriculum for law schools to closely study Aaron’s case.

Participant Media’s EVP of Social Action and Advocacy, Chad Boettcher, commented, “How our government prosecutes citizens is at the core of our civil liberties and civil rights. Using Aaron's story, we want the film's Social Action campaign to drive discussion about prosecutorial overreach within the legal community, educate law students about the topic, and provide advocacy options for those looking for change.”

In theaters and available on-demand on June 27, The Internet’s Own Boy tells the story of programming prodigy and information activist Aaron Swartz. From Swartz's help in the development of the basic Internet protocol RSS to his co-founding of Reddit, his fingerprints are all over the Internet. Swartz's groundbreaking work in social justice and political organizing, combined with his aggressive approach to information access, ensnared him in a two-year legal battle that ended with Aaron taking his own life at the age of 26.

The Internet’s Own Boy first premiered at the 2014 Sundance Film Festival before screening at the SXSW Film Festival and as the opening night selection at the Hot Docs Film Festival. It was directed, written and produced by Brian Knappenberger (We Are Legion: The Story of the Hacktivists), executive produced by Charles Annenberg Weingarten, and John Dragonetti composed the score. This film is not rated and runs 105 minutes.

Sign the petition, donate a tweet, and find more information on The Internet’s Own Boy at takepart.com/iob.

Participant Media is a global entertainment company founded in 2004 by Jeff Skoll to focus on feature film, television, publishing and digital content that inspires social change. Participant’s more than 50 films include GOOD NIGHT, AND GOOD LUCK, SYRIANA, AN INCONVENIENT TRUTH, FOOD, INC., WAITING FOR ‘SUPERMAN’, THE HELP, CONTAGION and LINCOLN. Through its films, Social Action Campaigns, digital network TakePart.com and Pivot, its new television network for Millennials, Participant seeks to entertain, encourage and empower every individual to take action.