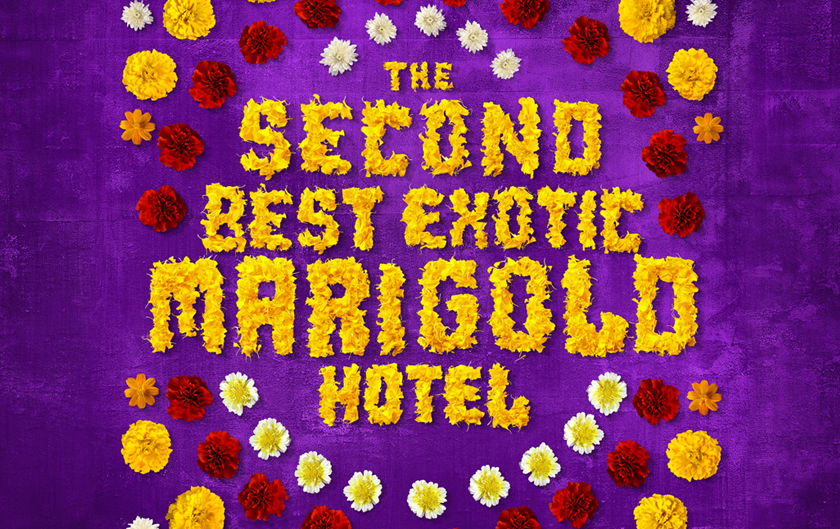 LOS ANGELES (January 10, 2014) – Fox Searchlight Pictures President of Production Claudia Lewis and Participant Media Executive Vice President of Production Jonathan King announced today that production on THE BEST EXOTIC MARIGOLD HOTEL 2 has begun in India.  John Madden (SHAKESPEARE IN LOVE) has returned to helm the follow-up companion feature to the 2012 international smash hit from an original screenplay by Ol Parker, from a story by Parker and Madden. Blueprint Pictures returns producing the film.

“We're thrilled to reunite our creative and delightful Marigold Hotel family along with some intriguing new ‘guests’," said Lewis. "With John Madden's direction and Ol Parker's original screenplay, we look forward to further exploring our characters' rich stories and triumphs.”

King added, “We're delighted to be reteaming with our good friends at Fox Searchlight and the incredibly talented filmmakers for another chapter in this inspirational story.  We believe audiences will be as happy as we are to spend more time at The Marigold, as this remarkable cast continues to demonstrate that life can be an adventure at any age.”

“What are the odds of being able to re-assemble this extraordinary group of actors and filmmakers, let alone to add to their number?” said Broadbent. “We found a worldwide audience we never dreamed of for the first, and we feel very lucky to have the chance now to bring them this companion film.”

“This film presented us with an irresistible opportunity: to continue a story we realized we had only just begun. Not to tell the same story again, but to pursue where the lives of these very different characters lead, with an audience which already holds them in great affection,” said Madden.

THE BEST EXOTIC MARIGOLD HOTEL was released in Spring 2012 to record-breaking business in the UK and US, earning more than $135 million worldwide, along with a host of critical acclaim and accolades including Best Picture nominations from The Hollywood Foreign Press, BAFTA, and The Screen Actors Guild (Ensemble Award). THE BEST EXOTIC MARIGOLD HOTEL 2 marks the first sequel ever released by Fox Searchlight Pictures.

THE BEST EXOTIC MARIGOLD HOTEL 2 is the expansionist dream of Sonny (Dev Patel), and it’s making more claims on his time than he has available, considering his imminent marriage to the love of his life, Sunaina (Tena Desae).  Sonny has his eye on a promising property now that his first venture, The Best Exotic Marigold Hotel for the Elderly and Beautiful, has only a single remaining vacancy – posing a rooming predicament for fresh arrivals Guy (Richard Gere) and Lavinia (Tamsin Greig). Evelyn and Douglas (Judi Dench and Bill Nighy) have now joined the Jaipur workforce, and are wondering where their regular dates for Chilla pancakes will lead, while Norman and Carol (Ronald Pickup and Diana Hardcastle) are negotiating the tricky waters of an exclusive relationship, as Madge (Celia Imrie) juggles two eligible and very wealthy suitors. Perhaps the only one who may know the answers is newly installed co-manager of the hotel, Muriel (Maggie Smith), the keeper of everyone's secrets. As the demands of a traditional Indian wedding threaten to engulf them all, an unexpected way forward presents itself.

Participant (www.participantmedia.com) is a global entertainment company founded in 2004 by Jeff Skoll to focus on feature film, television, publishing and digital content that inspire social change. Participant’s more than 45 films include Good Night, And Good Luck, Syriana, An Inconvenient Truth, Food, Inc., Waiting For Superman, The Help, Contagion and Lincoln.  Through its films, social action campaigns, digital network TakePart.com and Pivot, its new television network for Millennials, Participant seeks to entertain, encourage and empower every individual to take action.