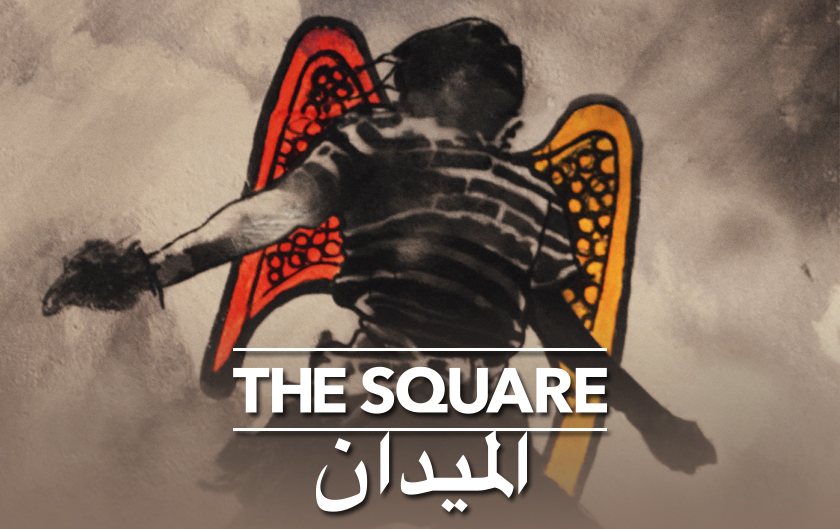 NEW YORK, LOS ANGELES, CAIRO —Three years ago, the world watched as Egyptians poured into Tahrir Square demanding changes to their government. In the ensuing 36 months, no news outlet has been able to capture the raw emotion and visceral urgency of that nation's ongoing struggle as intimately as the Oscar-nominated Netflix Original documentary, The Square. Now on the eve on the revolution's third anniversary, HuffPost Live, in collaboration with Participant Media’s TakePart, BoomGen Studios, WITNESS, and GOOD, will host an exclusive conversation with The Square’s director Jehane Noujaim, producer Karim Amer, and cast members Khalid Abdalla and Ahmed Hassan, to discuss the film and their vision for how it can impact audiences in Egypt and across the globe. Viewers will be invited to join the conversation on http://huff.lv/1eWiIy2 and through a LiveBlog hosted on TakePart’s website at www.takepart.com/thesquarelive. The event will take place on Friday, January 24 at 2:00pm PT/5:00pm ET/12:00 am in Cairo.

The Square is a pulse-pounding documentary experience that drops viewers directly into the heart of the Egyptian revolution as we follow a group of young activists risking everything to build a better future for their county. We follow their remarkable two and a half year long journey as the film’s subjects resist corrupted powers, question their alliances, and fight to reframe the Egyptian narrative.

Born in Tahrir Square, The Square is a thrilling character journey of one of the most significant events in recent history. Three years on, it comes out at a crucial moment for Egypt and for the world. The Square is a snapshot of a greater, integrated and global movement of people taking action to reframe the dialogue between citizens and their government. It invites viewers to experience Egypt’s struggle as close as they can through the characters themselves. “Only we can tell our stories, only we can write our stories,” says The Square’s cast member Khalid Abdalla, who will join the conversation from Egypt. “It's our time to bring back the narrative, to show the power of our communities to be our own storytellers,” adds lead subject Ahmed Hassan, who will be answering questions directly on the live blog.

The interview will be conducted by HuffPost Live producer Caroline Modarressy-Tehrani. The filmmakers will release an exclusive never-before-seen clip removed from the film at the final stages of post production.

The event will be held at http://huff.lv/1eWiIy2 and www.takepart.com/thesquarelive. Participants can visit the TakePart event page to engage in a live discussion with the cast and crew of The Square and other audiences members or tweet with #TheSquareLive.