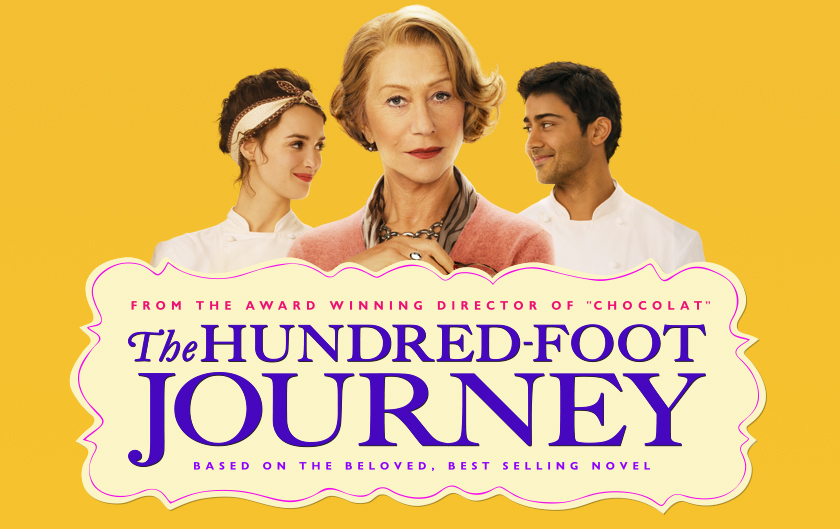 Lasse Hallstrom will direct the film, from a screenplay by Steve Knight based on the best-selling book by Richard Morais. Steven Spielberg, Oprah Winfrey and Juliet Blake are producing, with Participant’s Jeff Skoll and Jonathan King serving as executive producers.

Participant CEO Jim Berk said, “This will be our sixth collaboration with our good friends at DreamWorks, and what a dream project this is, with an amazing line-up of talent and a story that’s totally in the Participant wheelhouse.”

DreamWorks Partner Stacey Snider commented, “We are delighted that we can continue our successful collaboration with Participant on another DreamWorks film.”

In The Hundred-Foot Journey, when an Indian family moves to Southern France and opens an Indian restaurant a hundred feet across the street from a Michelin starred French restaurant, a culinary battle ensues between the two.

In addition to The Help, Lincoln and The Fifth Estate, Participant teamed with DreamWorks for 2007’s The Kite Runner and 2009’s The Soloist.

Production will begin on the film next week in France and India and will be released in U.S. theaters on August 8, 2014. The Walt Disney Company is distributing the film in the United States and in select international territories, while Mister Smith Entertainment is handling distribution in Europe, Africa and the Middle East. DreamWorks’ partner Reliance will distribute the film in India.

About Participant Media
Participant (participantmedia.com) is a global entertainment company founded in 2004 by Jeff Skoll to focus on feature film, television, publishing and digital content that inspires social change. Participant's more than 40 films include GOOD NIGHT, AND GOOD LUCK, SYRIANA, AN INCONVENIENT TRUTH, FOOD, INC., WAITING FOR ‘SUPERMAN’, THE HELP, CONTAGION and LINCOLN. Through its films, social action campaigns, digital network TakePart.com and Pivot, its new television network for Millennials, Participant seeks to entertain, encourage and empower every individual to take action.

About DreamWorks Studios
DreamWorks Studios is a motion picture company formed in 2009 and led by Steven Spielberg and Stacey Snider in partnership with The Reliance Anil Dhirubhai Ambani Group. The company’s recent releases include Spielberg's "Lincoln," starring Daniel Day-Lewis, Sally Field and Tommy Lee Jones. The film has grossed over $270 million at the worldwide box office and was nominated for twelve Academy Awards® with Daniel Day-Lewis winning for Best Actor. Other releases include "Real Steel," starring Hugh Jackman and directed by Shawn Levy, Steven Spielberg’s "War Horse," based on Michael Morpurgo’s award-winning book and nominated for six Academy Awards® including Best Picture, and "The Help," which resonated with audiences around the country and earned over $200 million at the box office and received four Academy Award® nominations with Octavia Spencer winning for Best Supporting Actress. Upcoming films include the comedy "Delivery Man," starring Vince Vaughn, the WikiLeaks drama "The Fifth Estate," and car racing actioner "Need for Speed."