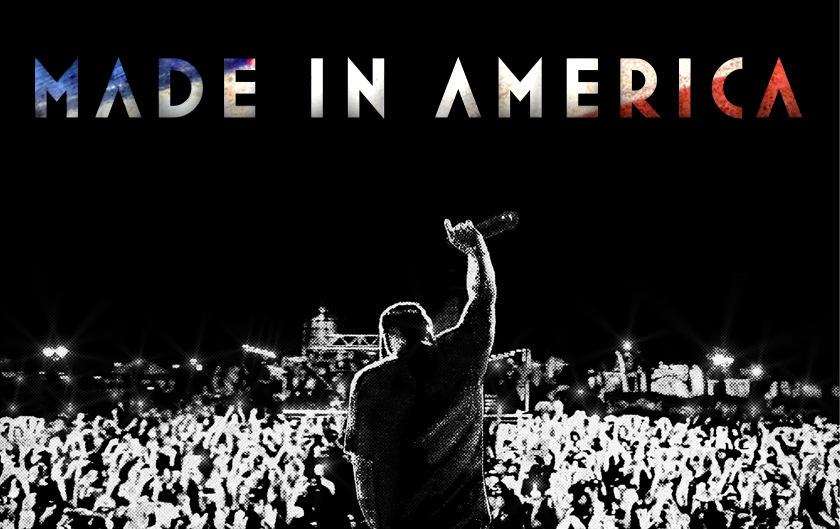 “As soon as we saw this film we knew it was a perfect fit for SHOWTIME,” says David Nevins, President of Entertainment, SHOWTIME Networks Inc. “Ron Howard and JAY Z have crafted an inspirational portrayal of American resilience, drive and creativity, interwoven with an incredible showcase of musical talent. We are proud to bring MADE IN AMERICA to SHOWTIME where it joins our impressive roster of provocative and compelling documentaries helmed by award-winning filmmakers.”

MADE IN AMERICA is a one-of-a-kind, all-access backstage pass to the festival of the same name and to the “making it in America” success stories of the chart-topping artists fans, vendors, stage hands and neighbors whose lives were impacted by the event. From Reverend Run sharing the unlikely genesis of Run-DMC’s Billboard chart-busting hit “Walk this Way,” to a single mother banking on the concert to boost her struggling food truck business, MADE IN AMERICA is a celebration of the unifying power of music and the relentless pursuit of the American dream.