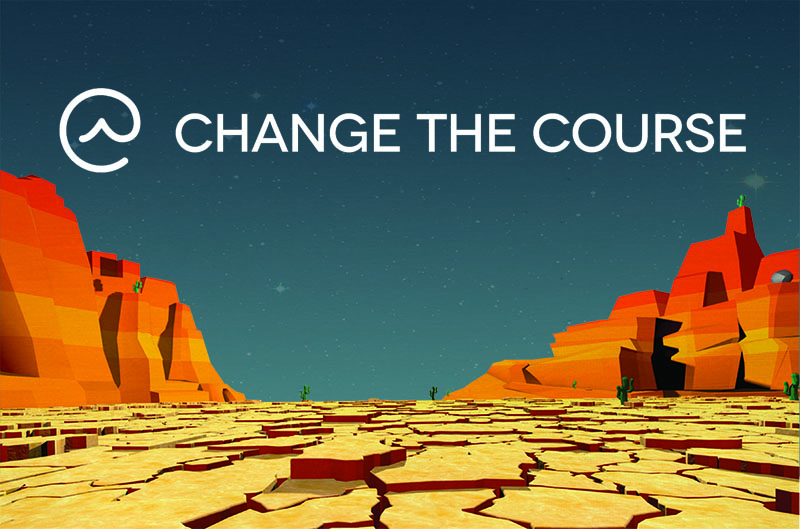 The “Change the Course” (http://changethecourse.us) water sustainability campaign created by the National Geographic Society, Bonneville Environmental Foundation and Participant Media announced today at Sustainable Brands 2013 a new conservation milestone: more than 10,000 individuals across the 50 U.S. states; Washington, D.C.; and 96 countries have pledged their commitment to conserve water by changing personal behaviors around diet, energy use, and product consumption.

The Coca-Cola Company was also announced as a new founding sponsor, joining Silk® as a Charter Sponsor of the Change the Course campaign. With funding provided by Coca-Cola and Silk®, the campaign is supporting projects that restore water to depleted rivers across the Colorado River Basin. Because each conservation pledge made by the public is matched with 1,000 gallons of water restored to the Colorado, the combined pledges made to date by the public will result in the restoration of 10 million gallons of water to the depleted river basin.

The Coca-Cola Company has a long history of leading water sustainability.  Through water conservation and replenishment projects across the globe, the company is working to become water neutral.

“We aspire to be the global leader in water stewardship. As we continue our journey to replenish 100% of the water we use, collaboration is critical to the success of community water projects,” said Bruce Karas, Vice President of Environment and Sustainability for Coca-Cola North America. “We are proud to join the Change the Course campaign to support this great effort to improve the Colorado River watershed. Meaningful partnerships help move us closer to our goal of achieving water balance.”

The Campaign’s first Charter Sponsor, Silk®, is the brand known for its best-selling soymilk, almond milk and coconut milk.

The Change the Course campaign works with corporations and the public to create a movement that supports water education, conservation and restoration. The Campaign relies on corporate sponsors to underwrite projects that replenish flows to depleted rivers, from the Rocky Mountains down to the Colorado River Delta in Mexico. Other sustainable brands are invited to become a part of this grassroots effort to educate and engage the public in water conservation and restore the iconic Colorado River Basin to health.

About Bonneville Environmental Foundation At Bonneville Environmental Foundation (BEF), we believe addressing the planet’s most pressing environmental challenges requires innovation, creative problem solving and discovering a new way of doing business that values the natural resources we depend on. We are entrepreneurs for the planet. Through a full suite of innovative energy, carbon and water solutions we are helping our partners — from the farmer to the corporation — redefine how business gets done. We help our partners meaningfully balance their environmental impact, invest in clean energy and carbon reduction, educate the next generation of clean-energy leaders, and effectively and sustainably restore the health of our freshwater resources. Learn more at B-E-F.org.

About Participant MediaParticipant is a global entertainment company founded in 2004 by Jeff Skoll to focus on feature films, television, publishing and digital content that inspire social change.  Participant's more than 40 films include GOOD NIGHT, AND GOOD LUCK, SYRIANA, AN INCONVENIENT TRUTH, FOOD, INC., WAITING FOR 'SUPERMAN’, THE HELP, CONTAGION and LINCOLN.  Participant’s social action campaigns and digital network TakePart.com continue the conversation and connect audiences to a wealth of content and actions.  Its new millennial television network Pivot, launching August 2013 in 40 million-plus homes, is TV for The New Greatest Generation.